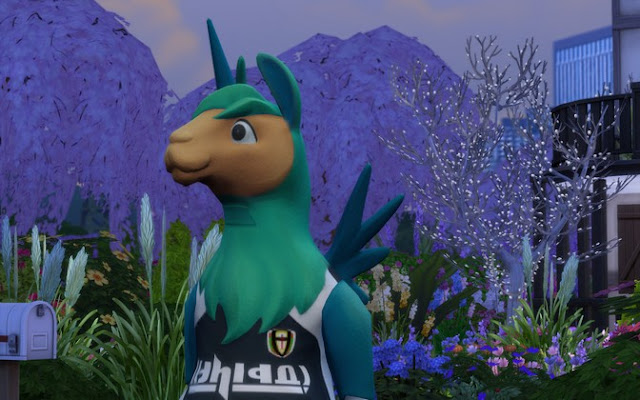 I guess I must have been asleep really, really soundly!

Everyone must have been because when we woke up we were all standing on the pavement and no one remembered how we got there!  Except for Katrina she said she woke up out the front of the local restaurant with her arms stuck out!  She said she couldn't move!  And apparently everyone just kept walking past her as if she wasn't there.  Creepy!

Anyway, hey!  It's me Kyle.  I'm the one in the goofy Llama Pyjamas.  I got a promotion at work and now I get to wear this monstrosity.  That's right, a PROMOTION got me here!  I can't complain it IS more money, which we need.

Now, before you get all excited the fact I am doing the telling of our tale is not because we lost dad.  Far from it, he's as lively as ever.  I just felt I needed to take over, it does look like I am going to be the one taking on our family quest.  In fact the house is very quiet at the moment.

A lot has happened since we woke up, only three days ago...

I guess the first big news, and one of the reasons dad doesn't want to carry on the commentary, is that mum died.  It was all very sudden.  One minute she is tending grandma's roses, the next minute *thunk*.

Dad did his best with Death but the guy is a complete jerk.  I mean I know being surrounded by death all the time must be a real downer but come on!  Give us a break!

This has made me worry a lot about dad, he is older than mum.  I don't know how long we have left.

The next butt bustin' piece of news is that Jordon moved out!  That's right, it turned out that he was not interested in the making a million campaign and so he and his boyfriend just upped and left one night.  We got a message from them once they were settled, in the old Pancake place.  And they had a big surprise for us!

They had, as soon as the dust from the moving van had settled, adopted a kid.  Khloe is her name and curiously she is somewhere between a baby and a child.


I have been doing my best to woo (and woohoo!) Katrina.  I have been trying (and failing) to impress her with some of my smoother lines.  In all honesty I have no idea why she is giving me a chance at all!  No matter what I do I just end up sounding like a pig.  Not literally of course, I'm not oinking and squealing all over the place, but to be honest I think that would be an improvement on some of the nonsense that comes out of my mouth sometimes!

So, yeah.  That means that it is just dad and me in the house now.  I have to admit that it is very quiet and the house now almost seems to large for just the two of us.  I am trying my hardest to keep up with granny's garden but it really is quite something, so I have hired a gardener to help, I don't know if that's a good idea, I mean, I am paying her to look after flowers we need to make money... but without her the flowers would die and we would have no money at all!

But with all this space it is easy to see new horizons and I have realised that the whole Llama Pyjama thing is just not me.  I have decided that I am going to apply for a new job, one that I hope will help us in our million simoleon attempt but also open up a whole new world to us!