So, hey there!  My name is Farrah Buatamante and I am on a mission to make a million simoleons.  I will be a sim millionaire!  Don't believe me... well, read on disbelievers!!  I already have this piece of land, my cousin Angus gave it to me.

Don't know why he gave it to me.

Don't know how he got it in the first place.

It's mine now and it is where I shall make my million!

I also have a bin, mustn't forget the bin.  All millionaires start off with a bin.  First pick up the rubbish then get a giant bank balance!


If I am going to make a million I am going to need something to sell... hmmm.... there are a few rocks and things around, maybe there's gold in them thar rocks?

But, no, not in these shoes, I'll leave the mining to the gnomes! Hi Ho!!

I wonder if there is anything about my person I can use.. 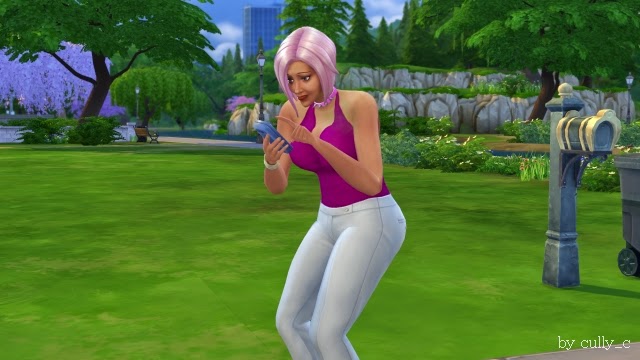 "Hey! I can get Tetris on this thing!"


I seem to have a mobile phone.  Apparently I get a free contract and data allowance cos I sure as heck haven't got any money to pay for it!  I don't seem to have much more though... Except...
A fishing rod!  How did I manage to carry that?  No, seriously, where was it?  It worries me! 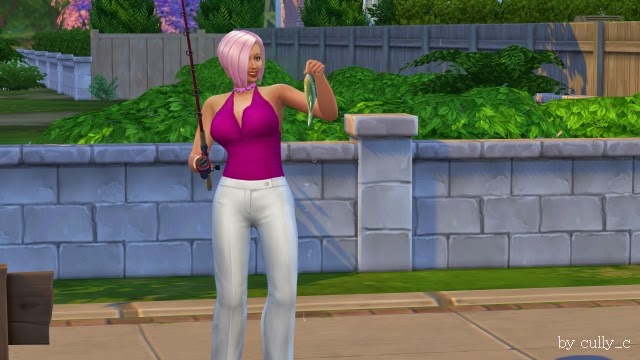 Anyway, it looks like I now have the means to catch some stuff to sell!  But not eat.  Nope, nope, nope...ewwww fish guts!  So, I bought myself some burgers which I cooked in the local park. 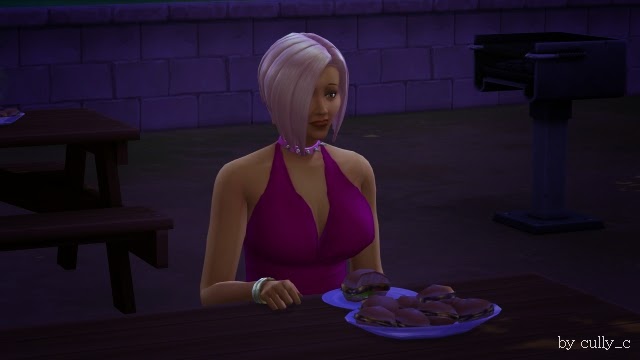 I really hope no one I knows sees me.  I am eating soggy burgers in the park, in the dark, with only a bench to look forward to for my first nights sleep!  Well, I suppose they won't see me, firstly, cos it's dark and secondly cos I have no friends... 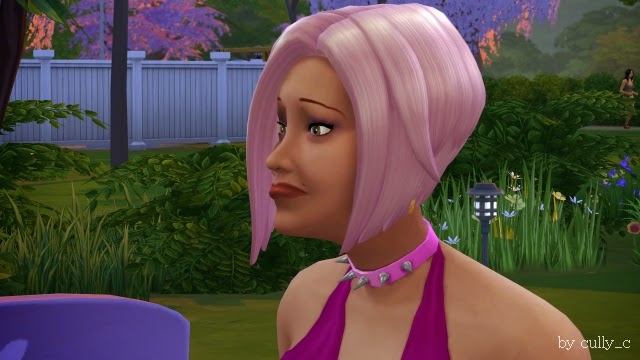 I really need some friends.  If only just so I don't feel so loser-ish.  If there is one thing I really hate being it's loser-ish.  There must be someone round here I can talk to. 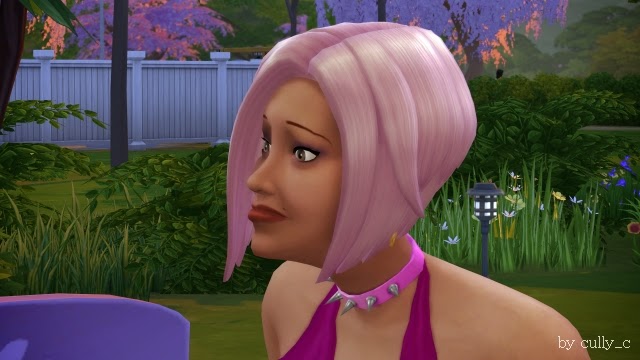 This guy comes up to me.  I can tell from a distance that he's an idiot.  What is with the hat!  And the skinny ganster look..errm.  But at least he's another sim, I can finally get some social going on! 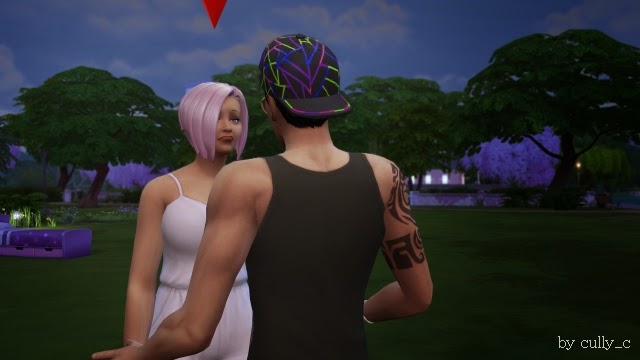 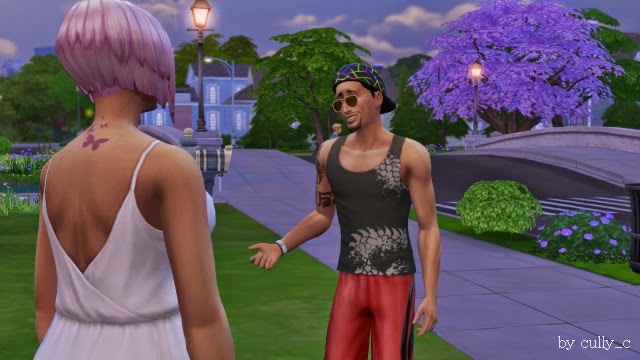 He says his name is Don Lotahrio.  Nope, in all seriousness, that's his name.  He said it with a straight face and everything. 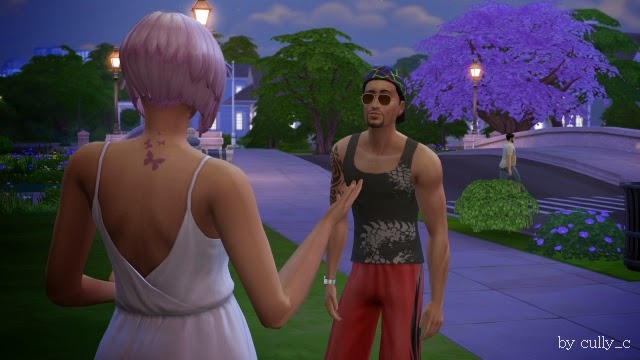 I tried to get out of him what was good and what wasn't round here.  He seemed pleasant enough, I was just wondering if it was appropriate at this stage in our relationship to ask him my burning question... Where did that fishing rod come from?  Or for that matter go!?   When he suddenly started flirting with me!  What?!  Seriously?  We just met! 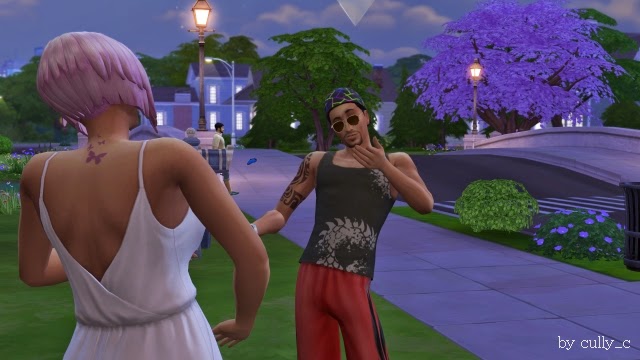 The arrogance of this guy!  He just goes on and on, even after I made it perfectly clear I wasn't interested.  Some of the stuff he said was shocking! 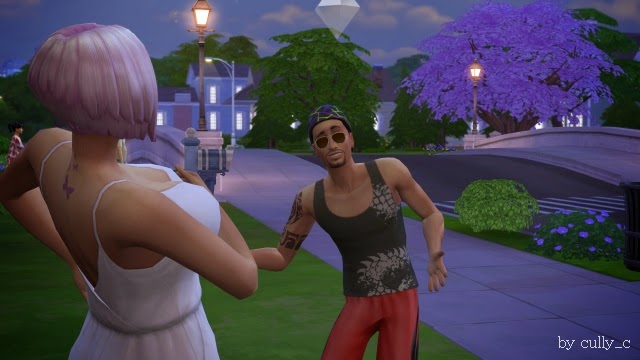 I finally manage to make him get the picture that I'm not interested in his advances so he moves on to what I soon realise is his favourite topic...himself.  And while I was happy for someone to talk to, bring up the old social, I began to wish I'd chosen someone else.  He goes on and on about working out and how many 'chicks' he has and that he was somewhat of a big shot around here...blah blah!  Giving it the big 'I am'.

In the end I couldn't take it anymore.. Seriously, the man is an ass.. 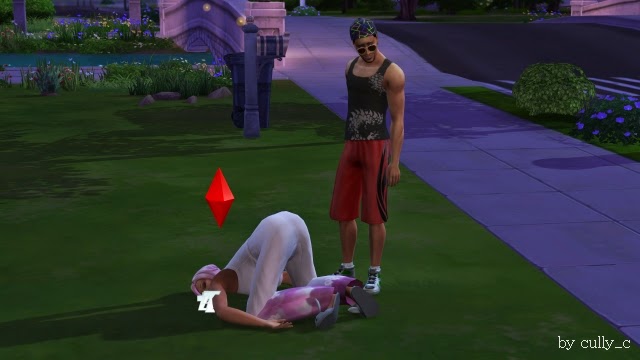