Chapter 3 - Showering in the Roses 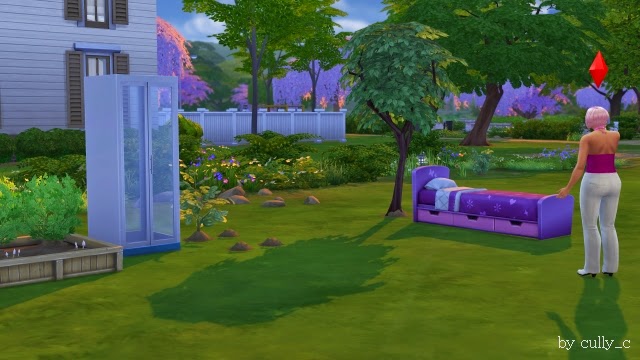 "I can carry this bed with one hand! Porta-bed!"


I have made some money.  Apparently my joke writing skills were not as horrendous as I had assumed.  So I went out and got myself some essential household items.  Although I have no house to hold them.  Also... I assume I went out and bought them.  They weren't here.  Then they were.  And now I have less money.  So... I guess I bought them.  I rearranged my garden a little bit to make the shower and bed (the entire contents of my hold free house) look better.  It was no mean feat, digging up a tree and moving it to the head of my bed.  After several hours of digging, struggling and replanting I considered the fact it may have been easier to move the bed under the tree....but that's defeatist talk! 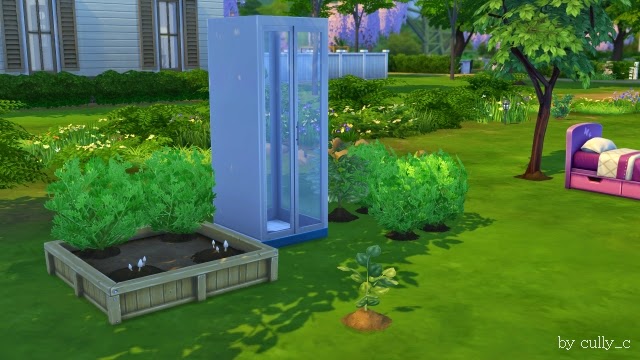 I quite like my little garden shower affair.  It's like bathing in nature.  I am close to the spirits of the earth and can become one with the elements of nature.  My chakras become aligned as I am cleansed of all the soilings of the modern world.... Yeah, who am I kidding?!  Basically I use it to wash after I pee myself.  I really need to buy a loo, the whizz 'n' wash method of living is only going to work for so long. 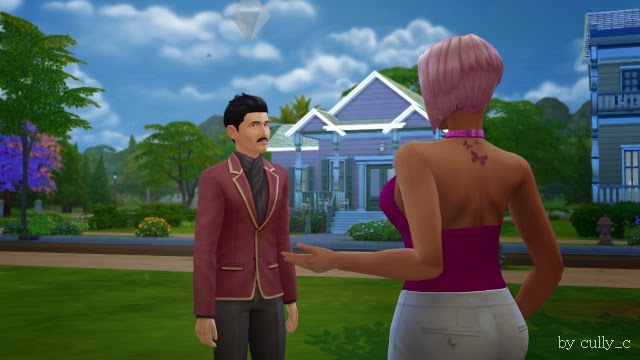 "Yeah, so they put the bed in the wrong place.  I spent all morning shifting the tree."

After I had finished rearranging the garden/house in the most impractical manner I realised that I was not alone.  A well dressed, skinny gentleman (I am beginning to feel like a complete butterball in this place!  I am going to have to hit the gym!) has been watching me.  I explain that I was just trying to make my facilities more pleasant by errmm... moving the tree.  He seems a little uneasy, as if I am a lunatic and actually looks like he may run away when I tell him I am here to to make a million simoleons. 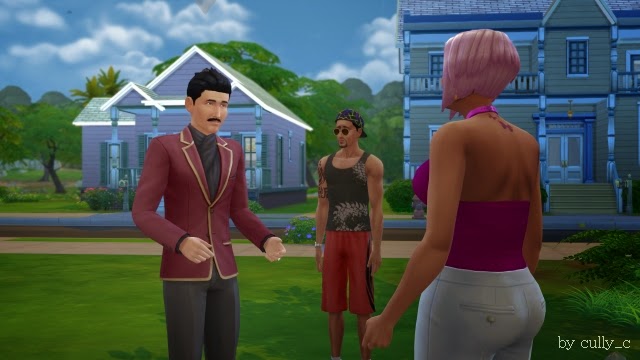 "That guy is why you need to buy some walls, lady"


Although he seems a little scared he also appears to be friendly and willing to over look the "freaky butterball sim living in the abandoned lot" thing that I have going on and we actually have a very pleasant conversation.  His name is Llandgrabb, think that's what he said, and it appears he IS the big shot around here (sorry Lothario).  He owns everything, and I mean everything.  But unlike my acquaintance Don he is not boastful about it.  He just says it like it is.  Speaking of Don, he turns up whilst we are chatting and hangs around, just off scene.  He looks miserable.  He is probably itching to impress me with some story of how many babes he's pulled since our last meeting, about 18 hours ago, I'm sure it must be well into double figures.  But my new friend and I manage to completely ignore him and he wanders away.  I promise Llandgrabb that as soon as I have some walls into which to invite him I'll give him a call.  But for now I have some practicing to do, jokes don't write themselves...