Chapter 5 - Better The Devil You Know

My job told me that I would never amount to much in the way of an entertainer if I wasn't good at meeting, greeting and bleating.  So, I was told, in no uncertain terms, to go out and get some friends.  I was right.  I needed four.  I had Eliza (Pancakes' name!).  I had a choice of Llandgrabb, who I hadn't seen in ages and who never answered my calls.  After my performance practicing my jokes on him I cannot say that I am surprised.  And Don Lothario.  It was with a heavy heart that I realised, although I didn't particularly like him he was the person I actually knew best, even if I hadn't wanted to.  I bit the bullet and called him.  He just about wet his pants with excitement and was around almost before I hung up the phone.

The initial conversation didn't go well.  He immediately started with the flirting. 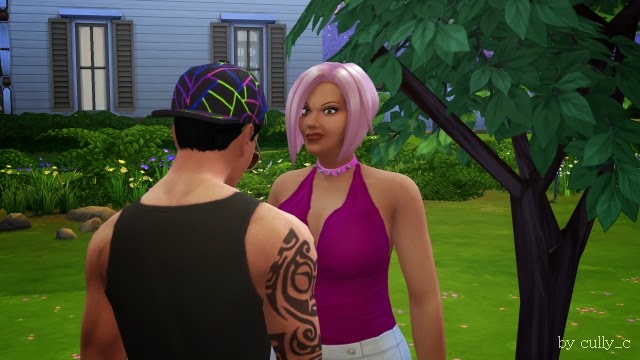 
I told him straight (again) that I was only after friends because of the fact that my crazy boss (for a job I was computer survey selected for) said I needed some and he was one of the only people I'd met so far. 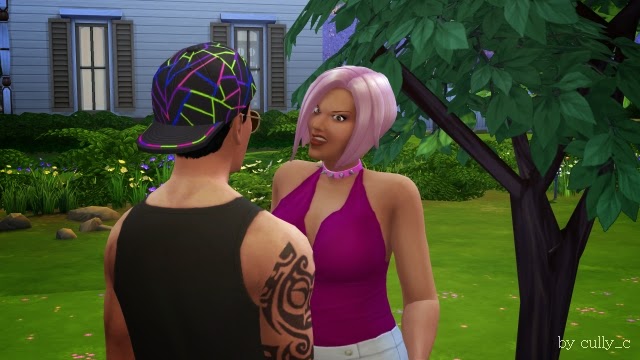 "Okay, are we straight?"

He didn't take it too well.  I actually thought he might cry at one point.  For a tough guy, ladies man he was the real sensitive type. 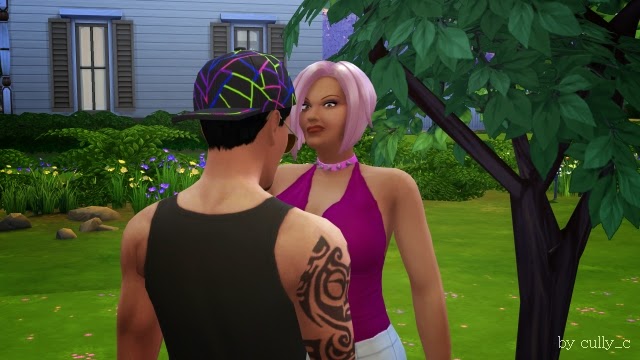 
I knew I needed a friend and although this guy is not what I would choose if I was allowed to pick anyone in the world but I guessed he wasn't as bad as all that.  I felt a bit cruel, too, taking out my work frustrations on him, even if he is an arrogant, self centred, legend in his own lunch-break! 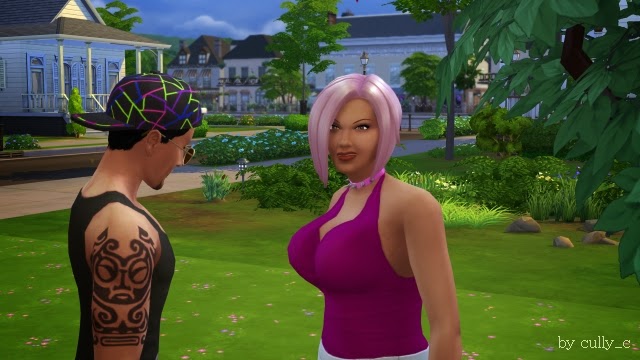 I slapped on my best "see I'm enjoying this" smile.  I tried my best to be friendly.  I apologised for snapping at him and explained it was work but that I truly was only after a friend, nothing more and that I thought, if he could avoid some of his stalker tendencies, we could have a reasonable friendship.  Maybe more like acquaintance-ship. 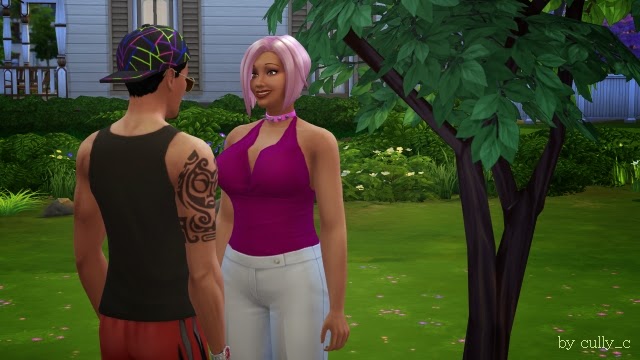 
He brightened up and said that that sounded okay.  Unfortunately I could tell, from his immediate flirtatious joke, that he had, indeed, not understood at all.  I knew I was letting myself in for trouble.  I should keep my distance but I need this guy for my quest to get my million.  I smiled and joked and laughed along with him and soon we were thick as thieves.  (Some of us thicker than others.) 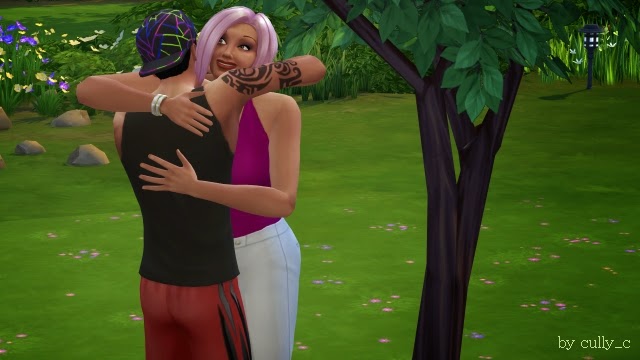 "Yay! You're my friend.  You total psychopath!"


Once he got going it was hard to make him stop.  We had been chatting for hours and hours.  He had calmed down on the advances but I really was beginning to lose the will to live.  I gritted my teeth and bared it. 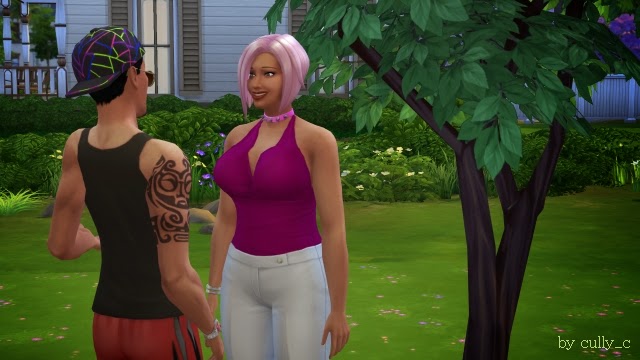 
It was getting dark when he finally left.  He gave me a wink, a dig in the ribs and a 'got ma ladies waitin' comment.  Then swaggered off.  I have a crazy friend.  Joy.

In need of some intelligent conversation, I went to see my plants.  They needed some TLC so I set to work.  I also harvested a few of my consumables.  Which I don't seem able to consume.  Not directly, anyway.  I need to put them into the fridge first before I can force my hand to take them to my mouth, in the guise of something else.

Whilst gardening I had this strange sensation, in my head.  It was like my brain had filled to the top with gardening knowledge and then popped.  Like some kind of indicator bar had filled up whilst I gardened and then reset itself.  After this happened I suddenly knew how to make my plants bigger and better.  So, I did. 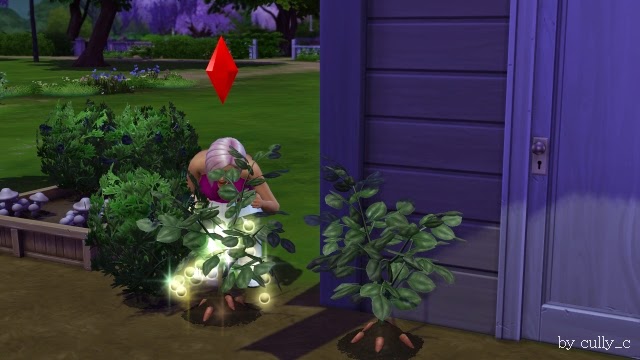 With my new knowledge I knew that I would be able to sell on my bigger, better produce and make more money.  Soon, I would have enough to start doing up my house.  I had so many plans, but I have to think small.  Don't spend to much.  It's all about accumulating that $1,000,000.  More stuff, more bills.  Tax man... Grrrr! 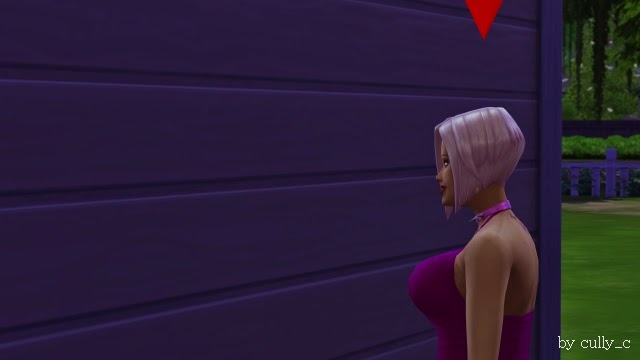 After day-dreaming a while about the mini mansion I shall soon create with my potato money I decided to finally go inside to my no-floor-no-paint-no-lights house and try out.... the loo!  My first toilet.  How long had my buttocks waited to feel porcelain?  I had no idea but it was heaven.  I most definitely Pee'd Like a Champion.  And I shall again! 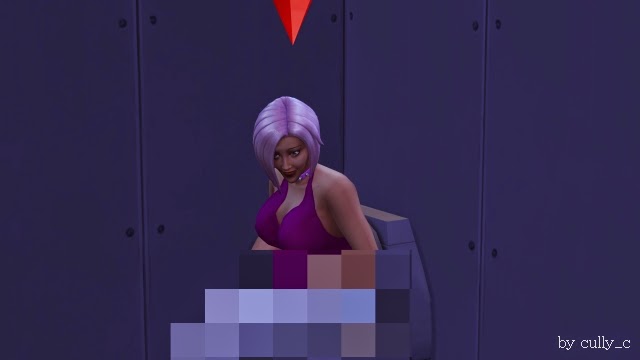 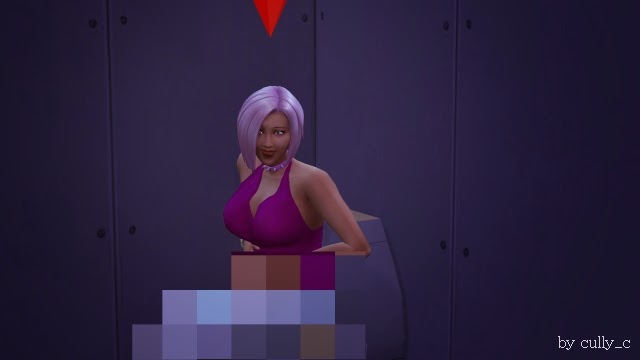