Chapter 56 - What's Up with Easter

**Author's note
I thought people might like to see what happens in the lives of those Sims that featured in the main Bustamante Household but subsequently moved out.  I am considering doing some kind of Rotational play, just to give myself a bit of game play variety.  I will still focus mainly on the Bustamantes, it is their story after all, at least until they have made their million.  But I will slip in a few chapter's here and there to let you know how the others are getting along.

With that said the next two chapters will be to get you up to speed on our two 'extra' families.  You are already following Christmas in her own little quest.** 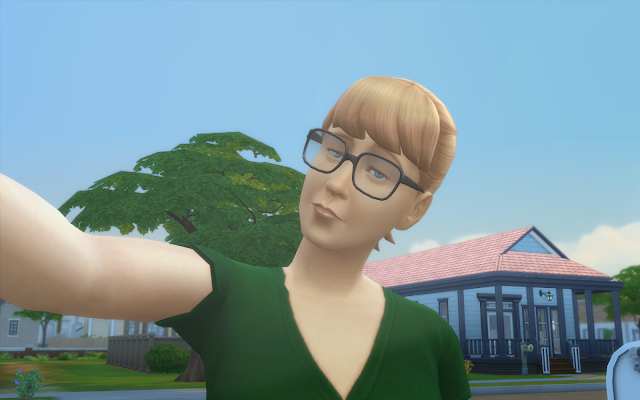 Easter moved out to live with her partner Troy.  Troy was an elder at the time and unfortunately he didn't last long.  In fact by the time I checked on them he had already died. This has left Easter as a single mum with a teenage son, Jaxon.  He was also born while I was away so this is the name Easter chose for him all by herself!

Easter has taken a job as a computer programmer and is currently working her way through the job levels.

Jaxon has taken up cooking as his aspiration and to be honest he isn't very good at it.  But that's what he had when I switched to them so that's what he is stuck with!

With only one adult in the house money is tight at the moment.  So, if no one does the dishes the table gets full pretty quickly.  Jaxon and Easter have to make other seating arrangements.

I don't know what is in store for these two.  And the moment they are just getting along, but not really progressing any.

Hopefully something good will happen to them in the future.
Posted by Rosie at 08:00