Alex is pregnant.  That's right she has a baby in her tummy!  She is getting fat, although if I had a whole person in my tummy I guess I'd be fat too.  She gets angry if I mention that she is getting fat.  This baby makes her act weird too!

Becasue of the baby she doesn't have to go to work, so she has had lots of thinking time and she had a really good idea.

Since mum died she has taken on the gardening duties.  I think her Garden Aspiration has something to do with it.  And she soon realised that mum's rose bush was making Pristine examples of the flowers and with that, not a small amount of simoleons.

I thought her idea was just to sell the roses but one day I came home to find that she had taken a harvest of mum's roses and was planting them in a row out the front of the garden.  She told me she is going to make a hedge of them.

She said it was the best way to honour mum's memory.  Not only making use of something that mum spent so long working to make perfect, but that the roses the plants grew would go towards mum's dream of a million simoleons.


I thought it was a really nice idea.  And I decided to give her a hand, I used to enjoy gardening with mum and I am pretty good with a watering can!  We did one side first.  There are forty plants to plant in all and it takes a surprisingly long time to do! 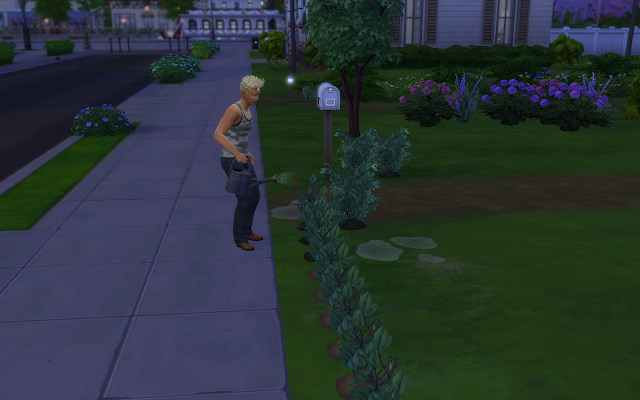 The next day we both had the day off so we set to work on the other half of the garden and tending to the few vegetable plants that we have.

After we had finished the rose hedge I was a bit disappointed.  It is always sad that the plants have to hide for so long under those little mud hats they wear.  I guess that the roses are making themselves all beautiful before they come out, like getting ready for a night out in the bathroom. 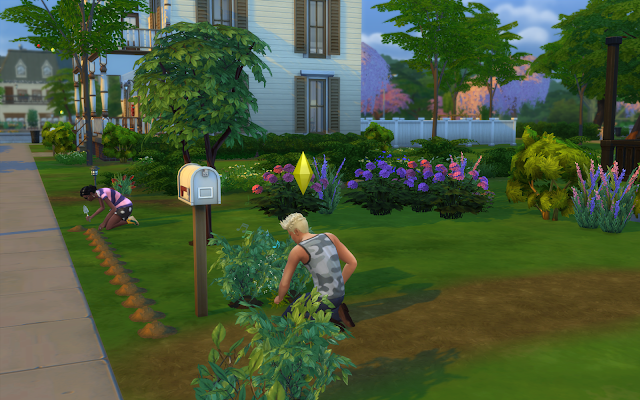 The whole garden thing kind of grew feet and Alex decided that she wanted to make over the whole front garden.  I had to leave her to it as I had to work the next few days.  I'm 'in business', i don't quite know what it means but it seems to impress other sims if I tell them that.

I don't know where she got all the flowers and trees from, or how she got the lights in the tree.  Also, what else bothers me is it doesn't seem to have a power source of any kind or a switch, but it seems to work fine and we can turn it on and off!

This led me to investigate all the appliances in the house.  None of them are plugged into anything!  Alex says that perhaps they are battery powered but I don't see where the batteries would go and also, why do they stop working when sims don't pay their bills!?

Anyway, Alex finished her garden makeover and she loves spending time out there.

She is very clever. 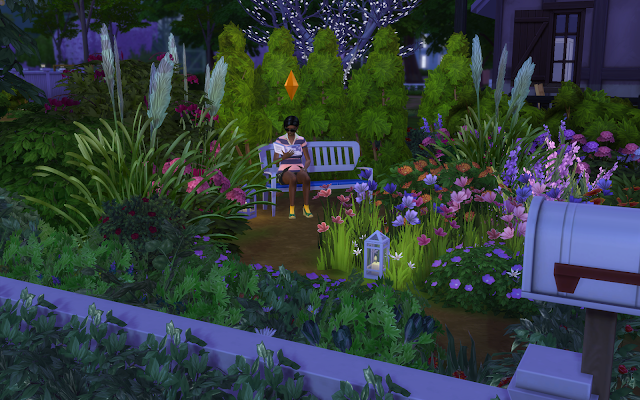 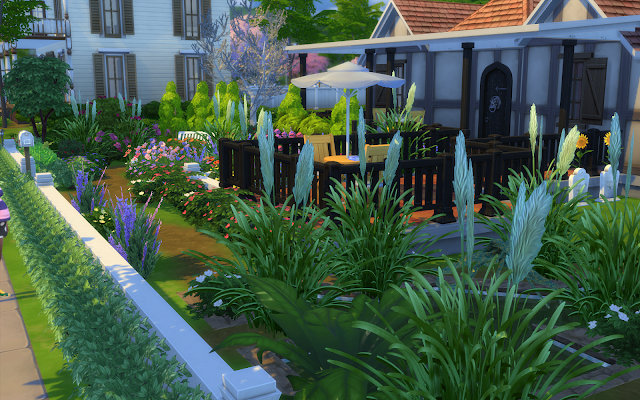