The party seemed to go on for ages, it was as if time stood still on some party meter in the sky and left us to enjoy the celebrations.

Easter spent most of her time trying out her newly aquired social interactions, and mostly on 'you know who'!


This party didn't end as well as it could have, I have to admit.  I was kind of hoping for a more happy and glorious closure to the festivities.  More fireworks and balloons. I mean, we had put a lot of effort into it, and to be honest this hadn't even been on the short list of Finales.

But life is what it is and we have to play the cards we are dealt.  At least we got past the cake and the aging up and we should be getting one heck of party reward from the Ministry of Epic Parties and Get Togethers!  Well, I say 'we' I guess that term no longer applies.


I'll admit to feeling a little sadness but not a huge amount.  It has been good fun, although I perhaps had imagined more sadness.  Particularly from the Holiday family, their reactions were very odd.

Christmas was the only Holiday that seemed concerned at the dire end to the party and as for Carson, poor Carson.  I hope he will be ok, he went to pieces after his Dad died.  He's never been that good at dealing with Death.

Well, to be honest no one is, not really.  The guy can be a real jerk! 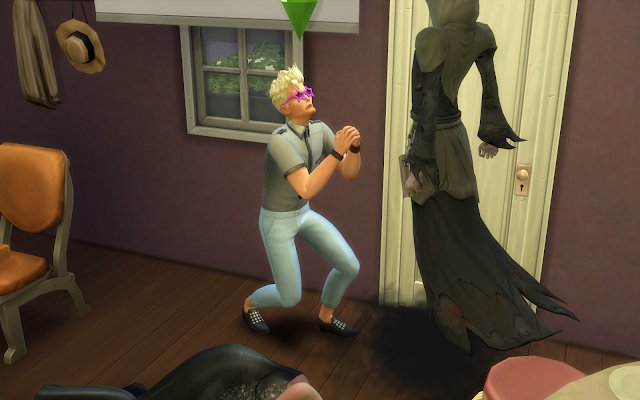 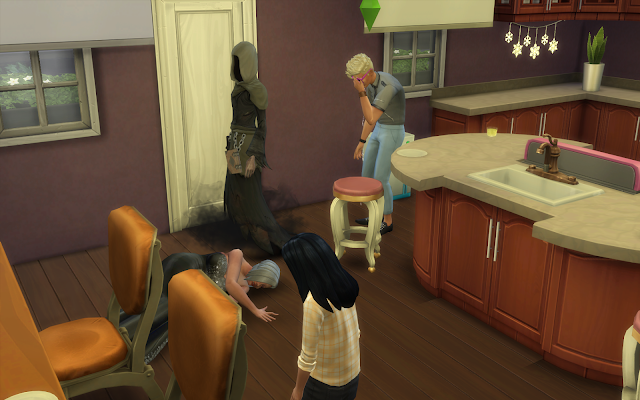