The street outside the precinct was dark, the sun never stood a chance: the smog of this Godless place.  The wind was wicked, as if a thousand angels had simultaneously farted.  Yesterday's memories flicked around my ankles before being lost for ever.  Like everything in this city.


The office stank like a Llama's armpit.  I knew today was going to be bad.  There was a new guy in town, Jackson Jeffries.  Seems this punk kid had some problem with kitchen appliances.  I don't know if he actually hated them or just sucked at cooking.  To be honest I didn't care.


I had barely stumbled to my desk when this note pops up on the screen.  Some family in town had gone and got their fridge defrosted.  Looks like my morning got booked up.  I hauled on my coat, slumped into my trashcan of a car and headed to the scene.


The place was nice.  Like, big money nice.   The chumps inside?  I knew the type.  They'd got their money stomping on the little guy and flicking their noses at gals like me.  But now, when their appliances are under attack, suddenly they wanna get all cozy.

The stink in the office?  It was me.  The water at my apartment had been cut off, so I took the opportunity to take a shower in the toff's place.  Hell, it 's the least they could do.  A big fella came walking up, he had a gob on him.  Mouthing off about how it was our fault he fridge got monkey'd.  It was all I could do to shut him up.

"He give you anything?" Blake asked.  This rookie cop was a kiss-ass, I figured he'd at least have smarts, cos he sure as hell didn't get here on looks.  I was wrong. 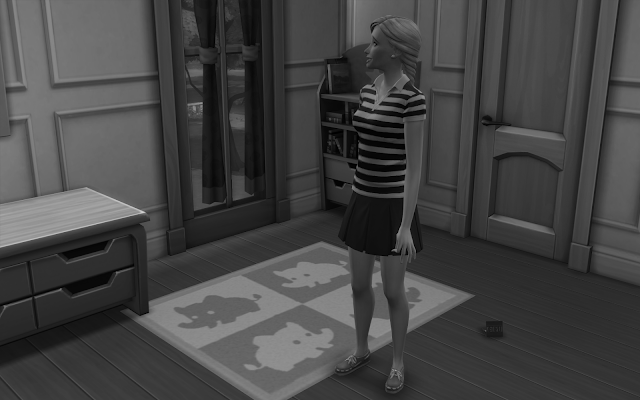 I searched the joint.  It was well decorated but with the stink of pompous, like someone had stuck their expensive loafers up an art gallery's ass.  The wrong Joes always have the money. 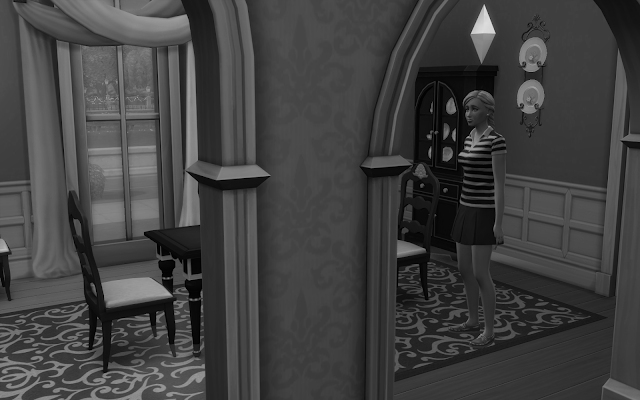 I wasn't going to find anything here.  The place was crawling with flatfoots.  They were trampling everything in sight.  This is why I work alone.

These people had really bad taste in furniture, the carpets alone gave you a hangover.  I didn't need another. 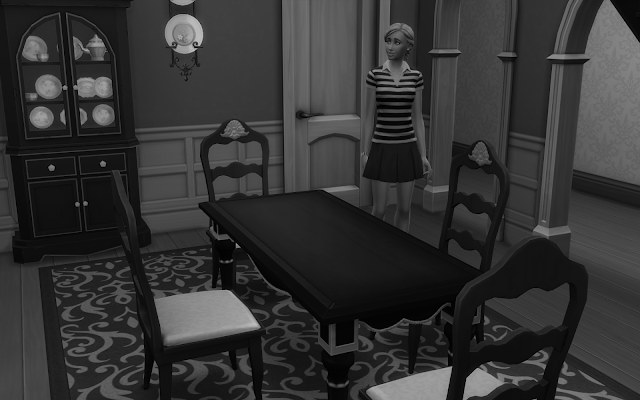 Outside it began raining.  Again.    Was there any other weather in this city.  I hoped this rain would wash the dirt right off the streets.  Trouble was they'd only end up in one place, in my backyard, I didn't need that kind of trouble, I just wanted to search this pace and get outta here. 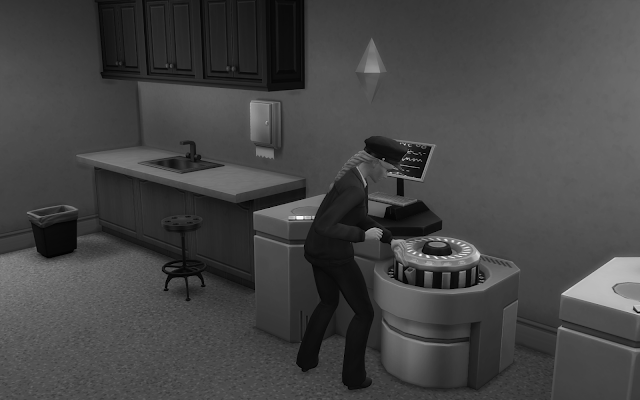 I head back to the office.  The Chief slings a uniform at me.  I guess when you're in the circus you need to wear the costume.  The analyser is as old as hell and twice as ugly.  It churns away like something's about to give.  I know how it feels, this case is bringing me down.  No one needs to have their milk going bad.  That just gets people up tight.  I felt for these milkless shmoes, but we all have it bad.  It's just how it is. 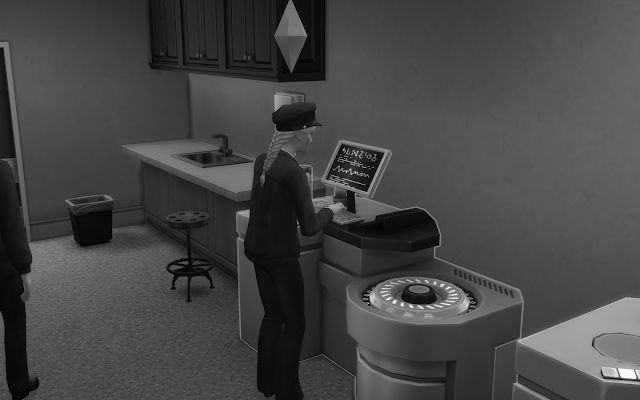 Inconclusive.  Why wasn't I surprised?  Even the DNA in the city couldn't be bothered to show up.  The case was a bust from the minute it hit my desk.  I'm guessing the chief handed it to me after my mess up with the O'Leary case.  Most of the guy had been found in the trunk of his car.  The rest?  Well, I sure as hell didn't know. 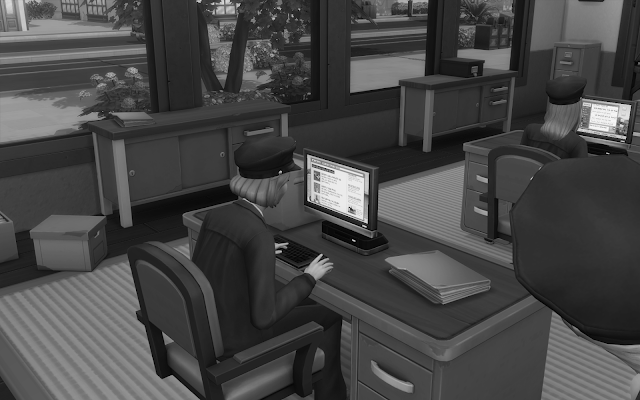 Some gumshoe had parked her pretty behind in my seat.  These rookies think they own the place.  They wouldn't know real policing if if slapped them around the face with a trout.

She's a bubbling blonde with a smile to floor you and legs as long as you'd want 'em.  A dangerous combination.  Well, I don't swing that way, honey, so batt those baby blues elsewhere.  That rock on her hand sure wasn't bought with a cops pay.  If she hadn't been in the uniform I'd have made a guess where she raised that kinda cash.  Perhaps I was still right.

She hit me with some crap about communal desks.

"Why don't you head down to McPeachy's, get yourself a nice slice of Get-Out-of-My-Face!" 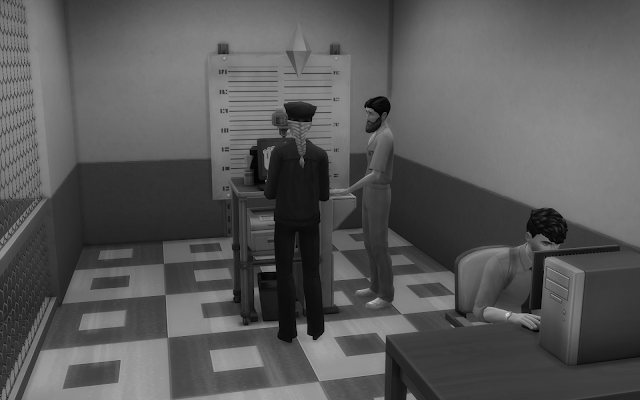 A fellow wanted to see me.  He was already banged up but said he had information.  I didn't need this, the clock was so close to home it barely had to raise it's hand.  The guy had a head that would've worked either way up.  He said he knew who was trashing those fridges and wanted some kind of deal.  I told him the only deals I make are with chips on the table and he could tell me his news or get back to his hole.  He told me it was a government conspiracy to push the milk demand way up.

"Sure.  The government.  Yeah, it's always the government."  The guy was as crazy as an ice-skating jackal.  I shoved him back in the pit, went back to my desk and acted like a piece of the furniture. 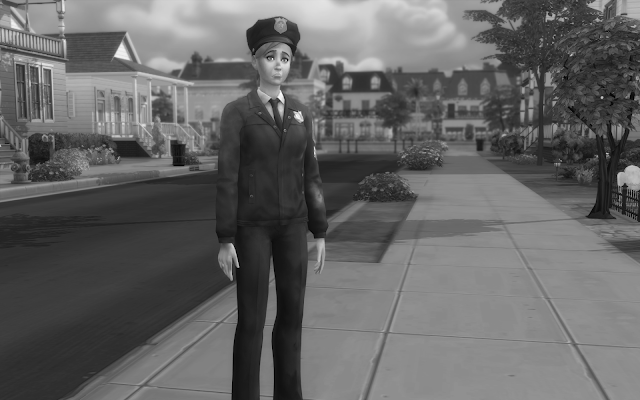 It's been another long day.  And the best I gotta look forward to is another the same tomorrow.  I guess I could do something crazy, like give a damn, but why?  This city doesn't care for itself and I am sure as hell not going to hold its hand and sing it a lullaby.
Posted by Rosie at 08:00