Chapter 28 - A Tale of Three Dates

February 14th has arrived and everywhere we see birds and bees trying to woohoo each other, at least that is my understanding of the Birds and the Bees talk me mother gave me. I never fully understood it. I mean the practicalities alone are immense!  Wouldn't the bird try to eat the bee?  Or the bee sting the bird assuming the former?  And even if there was some kind of attraction there, an inter-species thing, y'know....how?

Anyway, in our little household there was love aplenty, or at least attempts at love.

Tobias was first to try his luck.  After his isolation phase he doesn't really know many people so he decided to hit the bar and see if he could make love happen...

When he first arrived at the bar he began to think he had gone to 'the wrong kind of bar', there wasn't a girl to be seen in the place. The dudes just kept flooding in, he'd use the term 'sausage-fest' but he's too polite for that.


Eventually a rather lovely lady named Jade came in and all eyes where, uncomfortably, on her.  Tobias was delighted that she chose the seat next to him and not Don.  In your face Lothario!  The chatted happily for a while but Tobias was sensing a lack of 'fizz' between them.  It wasn't helped that Lothario kept butting in at random intervals with some smooth line.  Seriously who does this guy think he is?  Tobias tried to remedy the situation.

But even with Don contained Jade was just not interested in our poor Tobias, he began to feel it was because he was getting on a bit.  But then a pretty young lady named Lillian sat at the end of the bar and began laughing at his jokes and seemed much more interested in him than Jade had been all night.

Tobias excused himself from Jade and went to sit closer to Lillian.  Se was wonderful and he couldn't believe his luck, he quickly updated his Simbook page...


He and Lillian hit it off, she wasn't much of a dancer but she loved to talk and Tobias was more than happy to listen.  He tried a lot of his best moves on her but she politely rebuffed him, he gave up in the end and decided that a new friendship was enough for him.  And who knows where it might lead in the future... 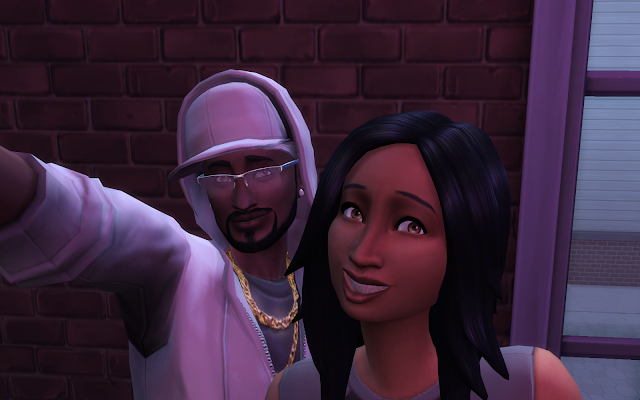 
Well, as my lovely husband is no longer with us and Summer is between baby daddy's right now we decided that Valentines Day was the perfect time for the pair of us to spend time doing what we love.  We hit the Spa.  We really should make it a regular thing.  Or, here's a rib tickler, we could have our own little Spa Club, with matching jackets and secret handshakes!

We headed to the newly opened Spa in town, its an old estate house that has been converted, any Sim who is anyone is going there, so we, obviously, had to join in.


First things first, a bit of wallowing.  Thank goodness they supply towels, robes and paper pants in this place because it is messy!

The next sim who was waiting for my bath room was a nice guy called Zander.  I had given myself a new found confidence with my mud bath, apparently being up to your pits like a pig does that to you.  So I hit him with my best chat up line.  He seemed very impressed.  And we chatted for a while.


Meanwhile, Summer had finished her wallow and had moved on to hand and foot massages.  She later told me how amazing they had been and that she could have fallen in love with the masseuse just because of his foot talents!  I said that seemed a little flimsy a basis for a relationship, but who am I to talk, I just chatted up a guy because he was interested in sitting in mud!


I tried out a Hot Stone Massage, basically they heat some stones and play Backgammon on your back.  I chose it because it was most expensive, so must be the best!


Summer decided to give Yoga another try.  She had been practicing at home and felt that she wouldn't look so out of place this time.  The yoga area was beautiful and the teacher caught her eye.  But he proved difficult to talk to as he kept starting classes mid sentence.  I think Summer caught his eye during them though as she was by far the best pupil! 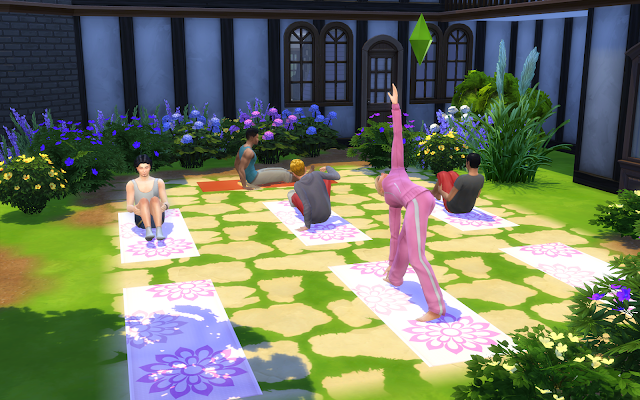 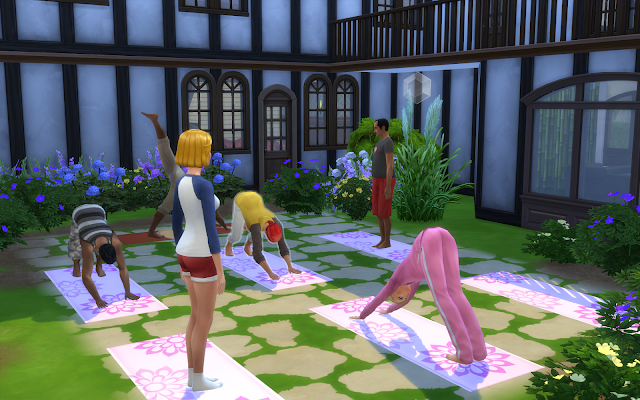 I met up with Zander again in the sauna and I tried some of my best moves but to no avail.  I had failed to take a shower after my mud bath and had become nasally offensive.  Zander tried to be polite but in the end he excused himself and left, gagging.


My young man is, even I have to admit it, not the brightest, but he has snagged himself a gorgeous lady who seems to see past all his goofiness and sees the wonderful guy that I see.


He called Alexandra and invited her out.  He had planned the most perfect date but upon arrival realised that this was not the place he had been intending.  He had tried to think of somewhere that and bright, intelligent young school student would want to go.

He took her to the library.


It didn't seem to bother Alexandra at all, in fact she found his messing up endearing.  She told him that anywhere was perfect as long as they were together.


After their date they even managed to get some school work done.  Carson caught up on his homework, which he then left at the library, and Alexandra checked out some books for her science project.


Alexandra wanted to do some more research on the mating dance of the Belly Flopping Ibis, so Carson stayed with her.