Carson has aged up well.  But he is a little inexperienced when it comes to the ladies.  I know that I need a heir to take my place when I go to the big Pixel Parlour in the sky and he will need one after him.

So that means he needs a partner. 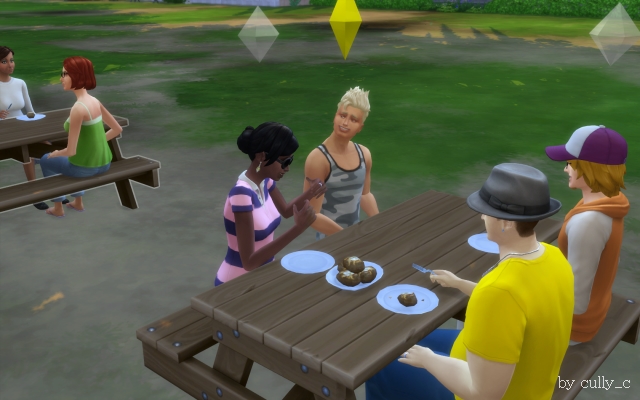 "I have no idea what they are talking about....  I've gotta say something.." 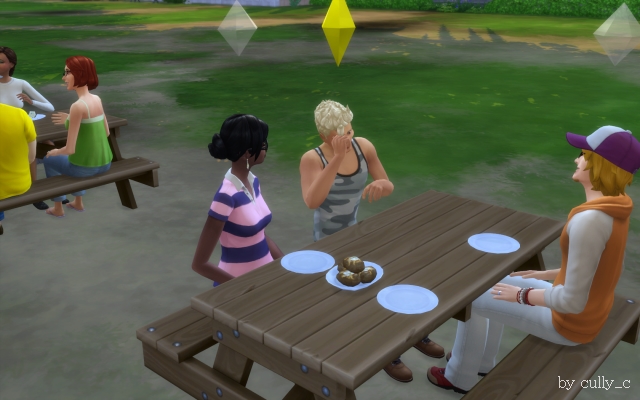 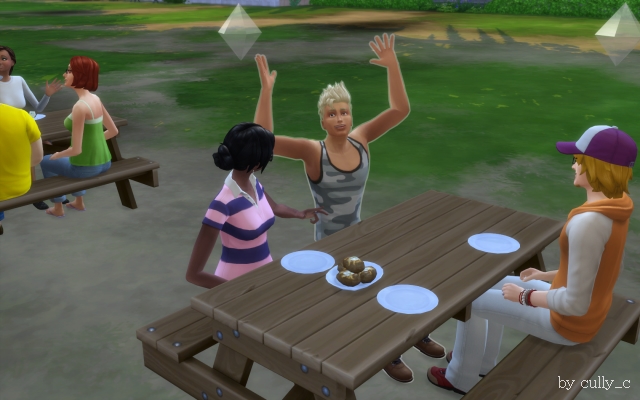 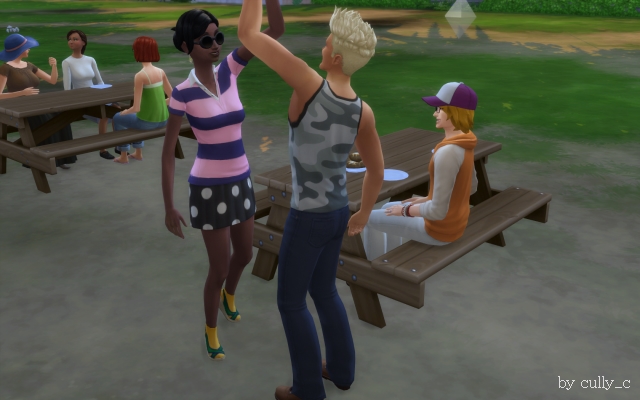 It appears that my son is a dork.

However, his lady interest has an interest in the unusual and decides to give him a chance.  Apparently his dorkiness is endearing... 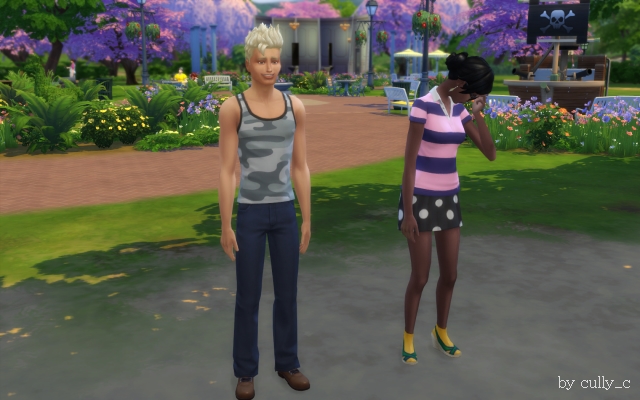 They actually have grown very close.

He took her on a date to the park just a couple of days ago.

Tried out some of his moves.. 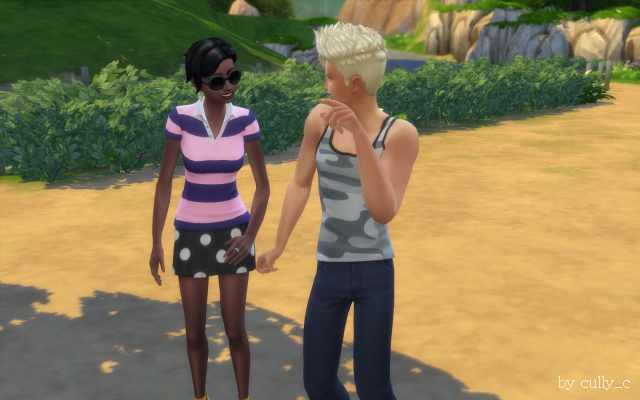 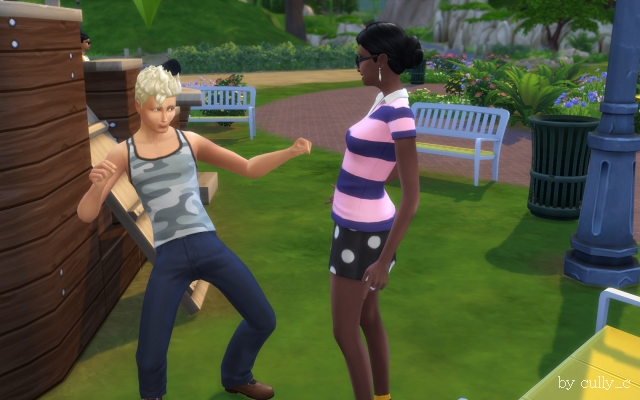 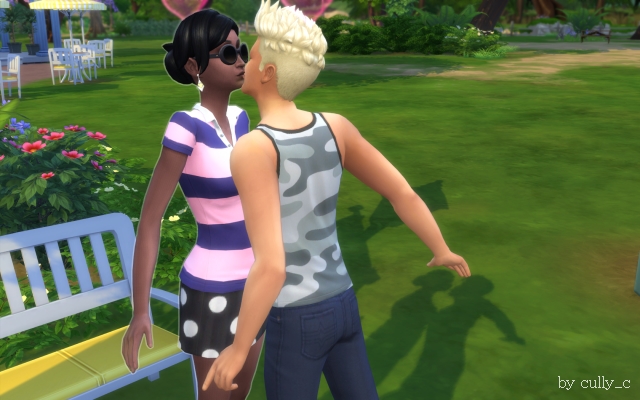 Apparently this girl loves the cheesey!

Carson even managed to get up the nerve to give her a commitment ring that he had bought.  She seemed a little under enthusiastic about it but accepted it all the same. 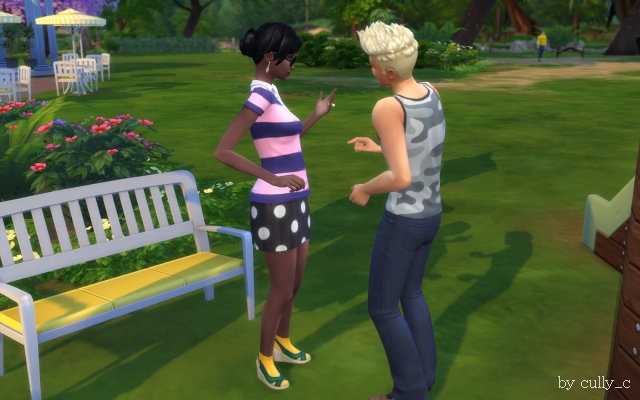