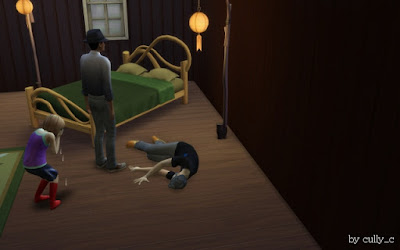 It's been a sad time in our household.  I am struggling to find the humour.  Death is like that, turns out it isn't as amusing when it's permanent.

Erik was the first to go.  To be honest he didn't last much longer than a couple of days.  Summer tried everything to keep him around.  But even with their new found friendship, and odd romance thing, Death was having none of it this time. 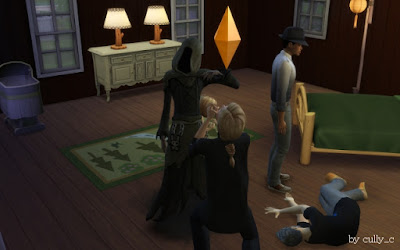 "Shoo girl.  You bother me"

The next on Death's list was my beautiful Pawl.  Only a few days after Erik.  Death was incredibly callous this time, pausing to take a snapshot on his simPad of my gorgeous guy, prostrate on the kitchen floor.

I had seen Summer in action so I gave it my best grieving widow and Death once again took pity on me.  Pawl was returned to me. 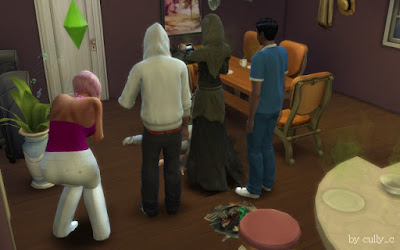 "His last words were, "The state of this house!  It'll be the death of me!"

But not for long, only a few hours later after publishing his final novel.  "Death and How I Dodged It".  Pawl passed away.  Again.  I was at work and no one else felt the need to beg for his revival. 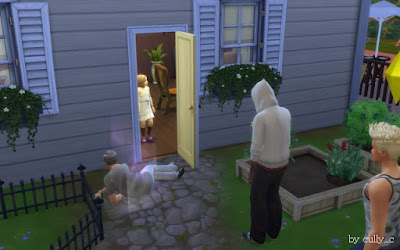