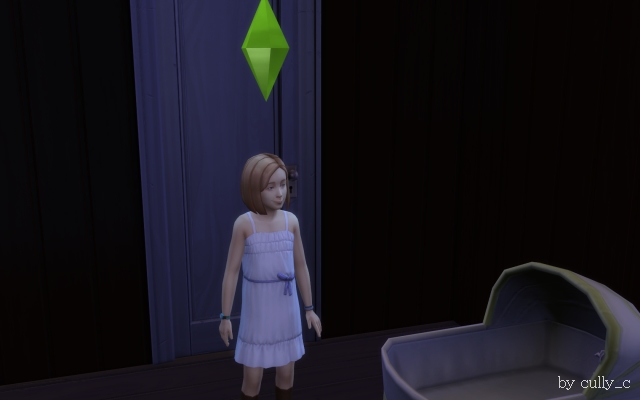 "I have arrived.  And it appears everyone is in bed!"


Easter has grown up so quickly!  We almost didn't have enough time to throw her a party.  But we managed to pull one together at the last minute and actually, quite a few people came.  Summer is ditzily adorable and has acres of friends and admirers.

Unfortunately for Easter her birthday was the scene of tragedy.  Amidst all the excitement it became to much for her now elderly father.  And he passed away.

Death is apparently a spectator sport in this neighbourhood. 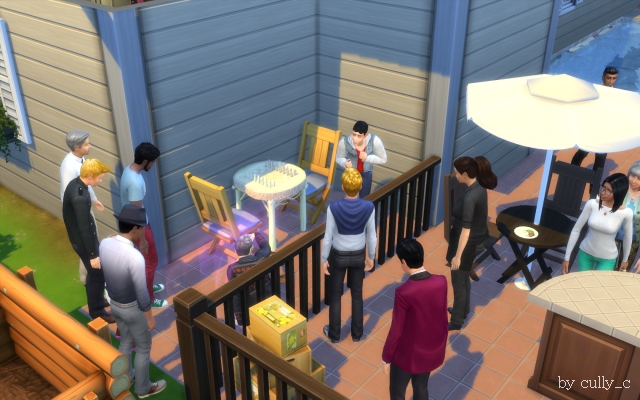 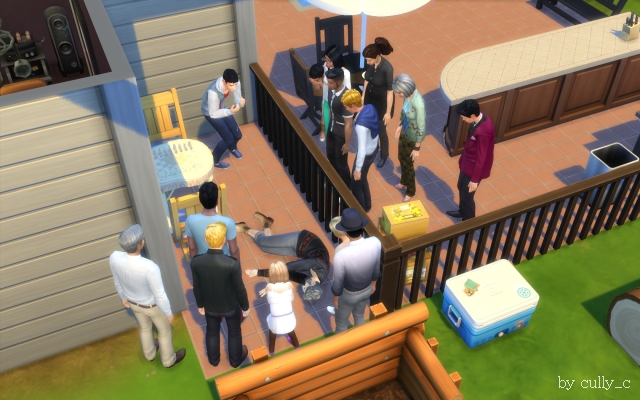 
As you can imagine Summer and Easter are devastated.  We aren't sure what to do.  Dying at a party can really put a dampener on the whole event, Tobias (who came out of his room for Easter's party) and I are of single mind (and body!!), we need to do something to save this party.  But it is awkward.  We can all feel the presence of Death, as if he were standing right behind us. 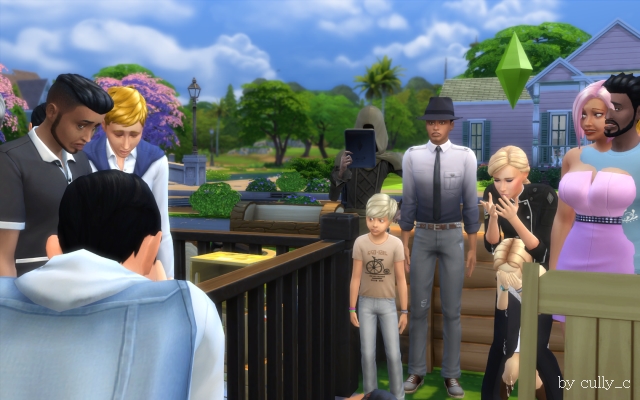 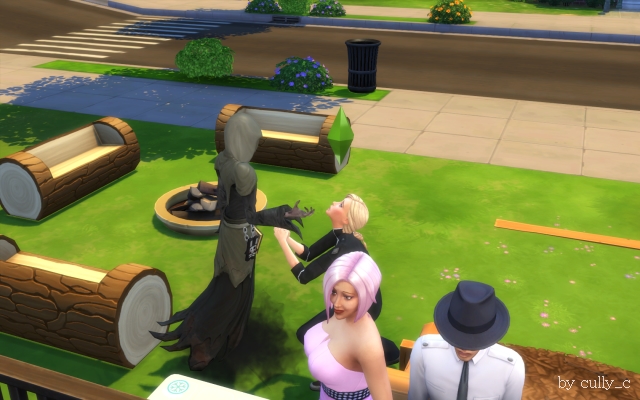 
In the end, with a courage I would never have expected, it is Summer who saves the day.  She approaches the Harbinger of Demise, who politely puts away his simPad, and begs him? her? it!? to give Erik (that's the Doc's name! I really should get to know my housemates!) just a little more time.  And that taking someone away during their kids birthday party is in seriously poor taste!  And that he should be ashamed!

Apparently her pleading and reasoning hit home and Grim decides to give Erik another chance at life...

"I shall grant you extra time in this world through the powers I have and have been given to me.  Know, however, that when I come for you again, there will be no more chances.

The gift I give you today comes at a price, a price you MUST be willing to pay!

"(and a decent slice, not one of those end bits with all the frosting.  I hate frosting.  Well, I LIKE it but not when that's all there is, you know what I mean.  So, like something from the middle?  And a thick slice so you can pick it up without it folding over and breaking.  I hate it when it does that!)" 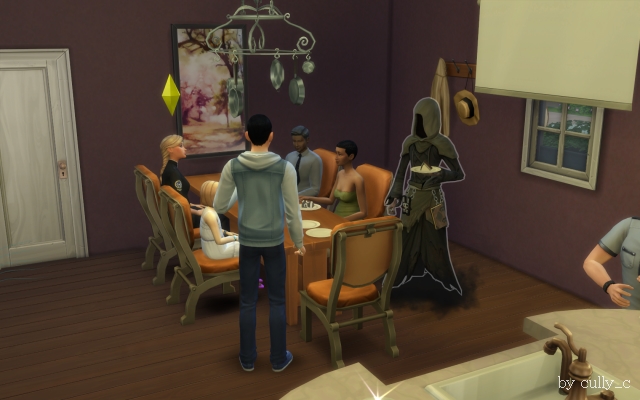 It turns out that under all that doom, gloom and misty floating.  Death is not a bad dude.  I guess it's just a job, someone's gotta do it.  He hangs out at the party and he and Summer really hit it off. 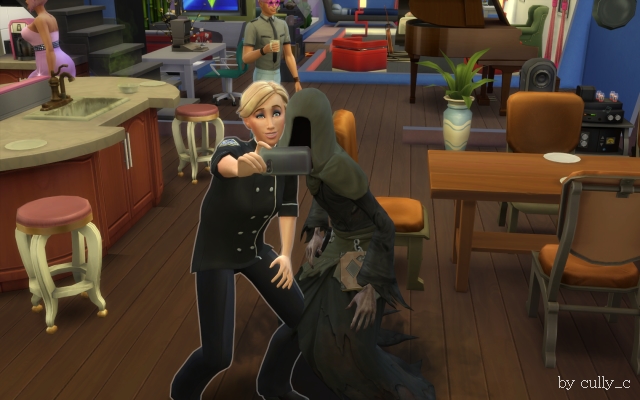 "The weirdest thing I have EVER done!"

After the party was long over and even Death had decided to call it a night, I was heading to bed when I looked out the window.  It appears that the neighbourhood is against resurrection and, although they had witnessed it with their own eyes (and the Doc was sitting behind them eating cake).  The continued to mourn at his death site.

They stayed for 2 DAYS!!  And when they did finally leave, they all came through the back door and marched through the house!  What is that about? 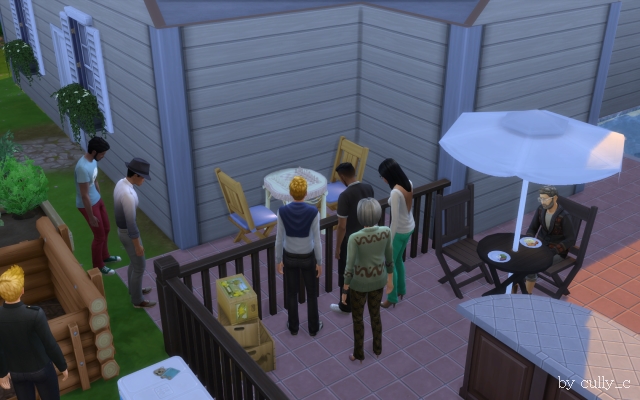