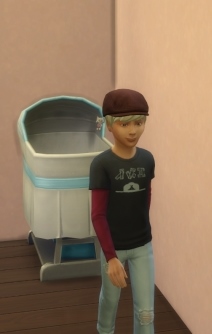 
Here is my beautiful boy Carson!  He grew up into an amzingly handsome boy don't you think? (definately takes after me!).  And his fashion sense....is....is... I. am. so. glad. that he follows his own path..

He wants to be a Whizz Kid (aren't they sweet, the cute names they come up for stuff) and who am I to stop him?  We got him a chess table for his birthday... that's what all the kids are after these days....isn't it?  I'm still a cool mum, right? 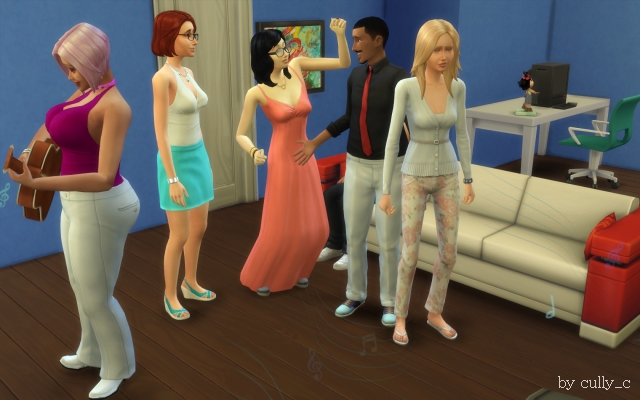 We threw him an amazing birthday party.

You know...of Pancakes, Pancakes and Stack'em!  The big development agency.  Of course you know them!  They built that weird looking tower in SimCity.  The one that's covered in syrup...they had to put up a barrier after a couple of mailmen got stuck to it....in all the papers....no?....anyway... she came!

I wrote a brand new song.  I still can't get promoted though. I'm trying, but at the moment all of my million simoleons are coming through the ancient art of sponging! 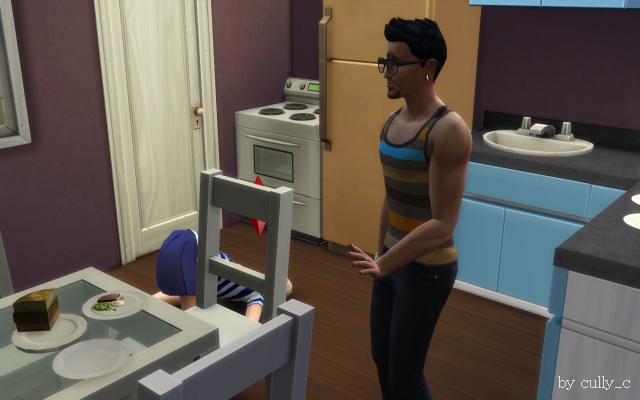 
Another guest to the party was long time party crasher Don Lothario.  He came in with his usual levels of bravado, pick up lines and "legend in his own lunchbreak" charm.  Seriously?  At a kids party Don?

This time it was Summer who 'took one for the team'.  She took him into the kitchen, out of harms way, but in the end she succombed the way we all do when talking to Don.