Tobias is getting stranger by the day.  To be honest he is scary to live with.  He wanders around the house muttering about Parsley, occassionally stopping to glance quickly to the top corner of the room before shuffling on.

He spends most of his time in his bedroom.  He even installed a toilet, shower and sink in there.

Yesterday I caught he dragging a huge box in there.  I offered to help but he didn't seem to hear me.

He spends his days painting.  Most are crazy non-sensical images.  But when a masterpiece appears it is breath-taking. 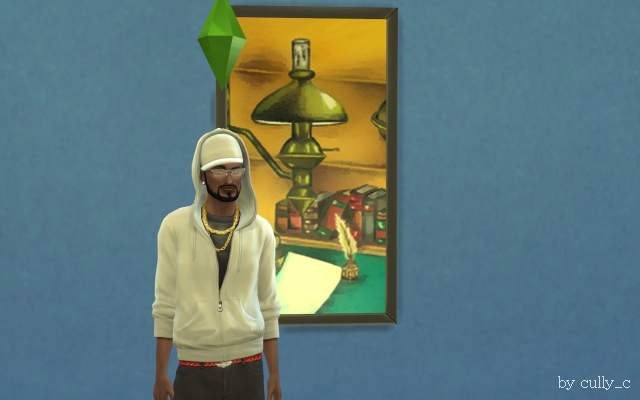 One of his pieces was so amazing that I took it, while he was out with his parsley plants, to the local art gallery.  They were amazed at the quality and when they told me how much it was worth....  I realised that our Tobias could be a great asset in our quest for a million.

When I returned I had formulated a plan.  It wasn't nice.  It wasn't right.  But it was worth a shot.  I waited till Tobias went to bed.  Then I locked the door.  Locked him in.  He would be safe in there.  He could paint and not have to worry about, whatever it was he kept seeing in the corner of the rooms in the rest of the house.

I went to bed.

In the morning I awoke, suddenly, and felt so guilty.  What had I done!?  My quest for a million had turned me into a monster.  I determined to go and unlock the door.  Then I became aware of what had awoken me.  A banging and some dragging of furniture... and a kind of *pop*.

Tobias must have realised he was locked in and got crazy!  Well, crazier..

I raced to his room desperate to explain, what if he had hurt himself?!

I couldn't help him.

The door was gone.  In it's place were three windows, like a viewing station into his room.  He had done it himself in the night.  The dragging was him pulling the bed up to the windows.

I called through the glass to him.

He muttered something like "Good Idea.  No distractions" and went back to his paints.

I can't help but feel responsible but what can I do.

Every so often he posts a painting through his window and we mail it to his collectors.  I believe he has quite a following now.  Everyone is talking about the paintings coming from 'the man in the box'.  Although most, I think, think it is a metaphor or something. 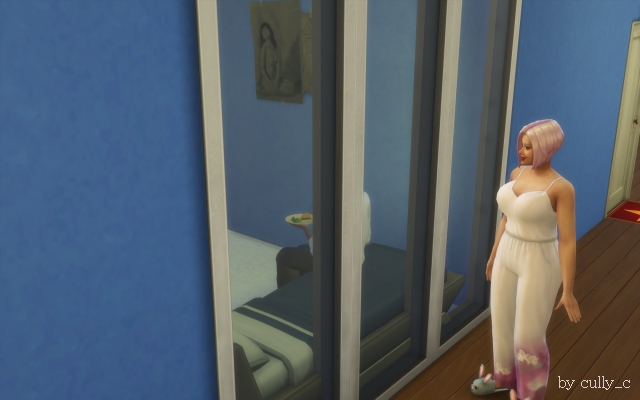