As a roomie Tobias was great.  He worked hard.  Went fishing for grub and left the toilet seat down.  He was an artist, but I found out, not a very good one.  He'll have to work on that.  One of his biggest issues was he was always going off fishing instead of practicing.  Even worse than that was the fact that he wasn't even a very good fisherman either! 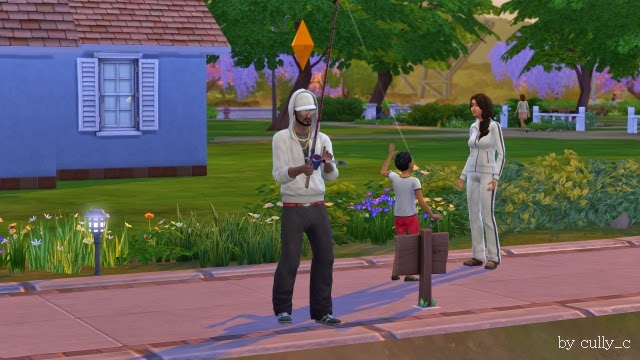 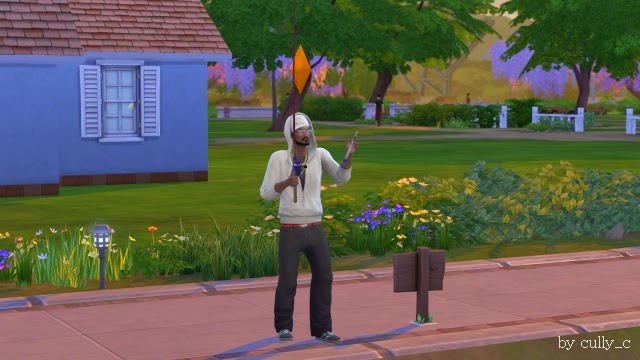 "Fishing or painting?  Painting or fishing?"


I had sold my microphone and given up on the world of comics.  I bought a violin.  No, that wasn't my latest attempt at humour, it's true.  I am following in Sherlock Holmes' footsteps and learning the violin.  Unfortunately at present I am as good as he was. Which is, not very.  My playing is so bad that Tobias refuses to let me play in the house!  Even when he is not there! 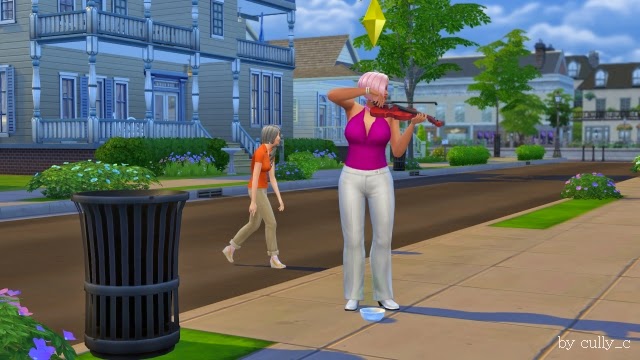 "My playing appears to have raised the dead! Zombie!!!" 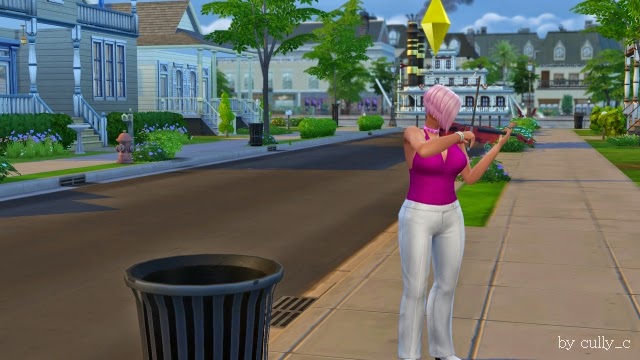 "Now even the zombies have gone!"

I worked hard at my violining however, and soon my screeching turned into a reasonable rendition of Baa Baa Black Sheep.  So with my new found confidence and my totally bitchin' tune I decided to hit the park and take my beats out on the streets!  I actually went down to the park by myself but when I materialised I appeared to have brought everyone I know.  I had got myself, a Crew! 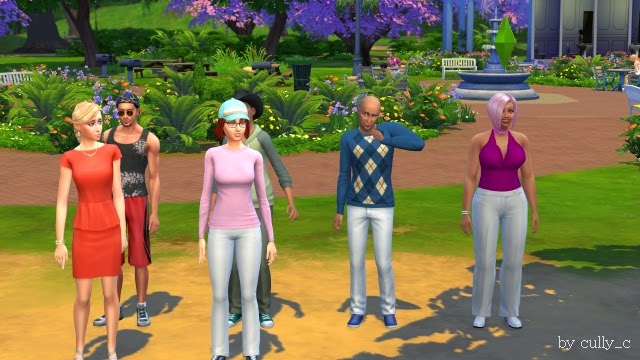 "Oh great, Baldy has glued his shoulder to his ear.  Again.  Someone help him out."

I started playing straight away.  I was so pleased with my progress, I wanted to see what people thought of my playing.. 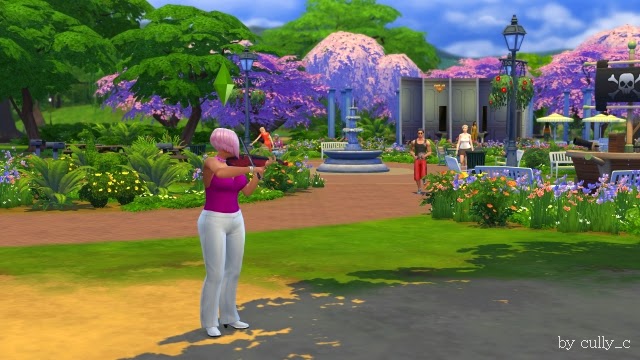 
As I played though I realised that I should be playing for myself and not for others.  And with that revelation to myself I relaxed and enjoyed my music.  As soon as I did people started flocking around, Cowboy guy even came running from way across the park.  Boy, did I get an ego boost!  And some money.  I carried on playing although I am not completely sure that they weren't paying me to stop! 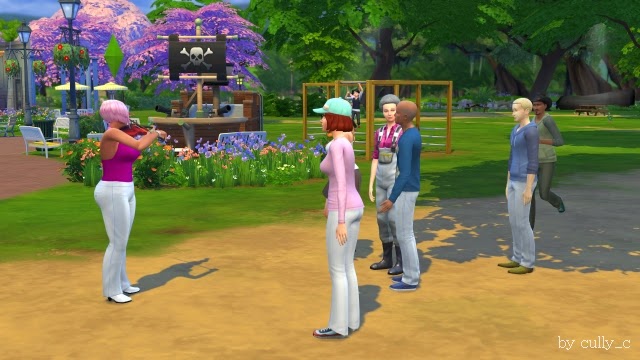 It wasn't long till I had quite the band of groupies.  They were dancing and singing and really enjoying themselves.  There was one woman down the front who was one sway away from lighting a candle.  It was amazing, and all from my own little Nursery Rhyme Mash Up! 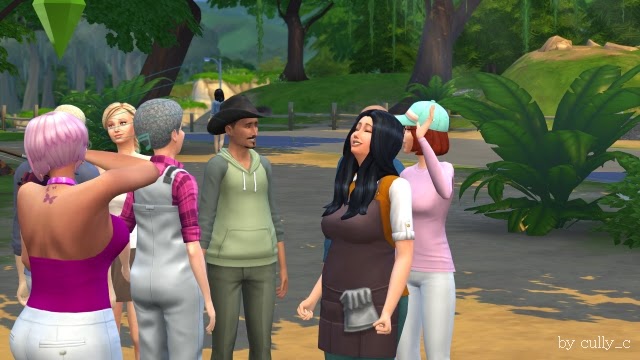 
While I was playing to my adoring fans I slowly became aware of a guy who had taken up residence just behind me.  He didn't dance.  He didn't sing.  He didn't give money.  He didn't even smile.  He just stood.  But, I'll admit he appeared very good at it.  Normally with the guys round here when they start with the staring I start with the side stepping away, but there was something in the way that he looked at me.  I am not the mushy type, but I know you ladies know what I mean.  It was like admiration, not just for my playing, or the way I looked, but for me as a whole entity.  Guys out there, work on this look!  Pull it off and you are half way there! 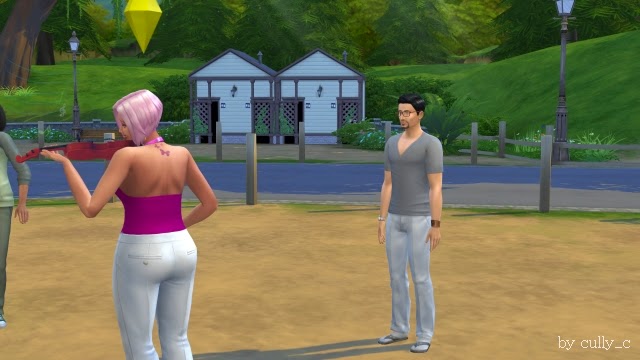 "Nope, that ain't no butt implant, its all me!"

After I decided to call it a day with the playing I went over and said "Hi."  This is pretty much all I said because, as I discovered, he is more of a looker than a talker. 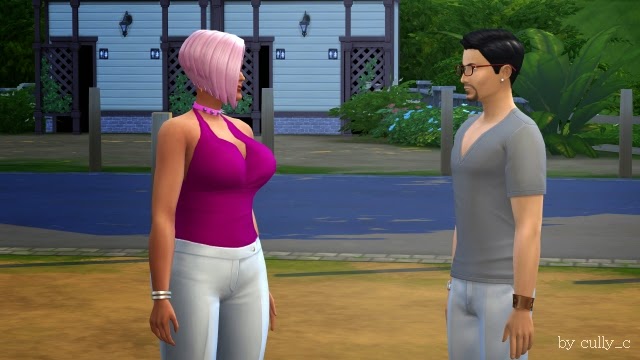 
I did discover that his name was Pawl Stephens and he was an aspiring writer.  I was blown away by him.  I have a thing for the quiet ones, probably because I talk ALL the time, nice to have someone who doesn't care as they have nothing to say anyway!  He asked questions about me and my life and actually seemed interested in my answers (another lesson for you guys, are you taking notes?).  He complimented me in subtle ways, about little things that showed he was really paying attention (Guys?).  It made for a very pleasant afternoon, I can tell you.

I chatted with some of my newly found fans, and some old acquaintances.  As I laughed and joked with them he chatted with others, but occasionally I'd notice him looking over, it gave me butterflies. 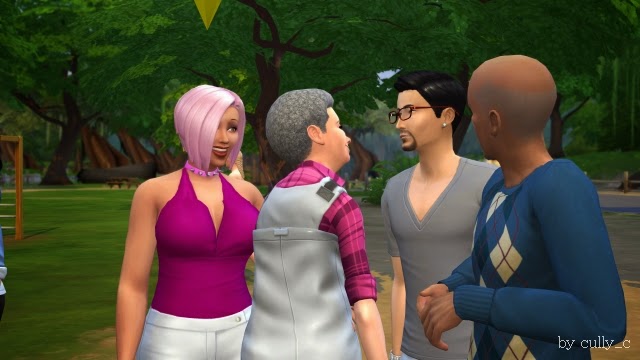 I chatted with a couple that had been listening to my music.  They had said they 'liked my sound' and wondered if I had any demo tapes for sale!  I like them!  I was a bit worried about the fellow though.  He looked a little pale.  In the middle of our conversation Pawl came over and said that it had been great meeting me but he would have to be heading away now.  Without much more said he turned and walked away. 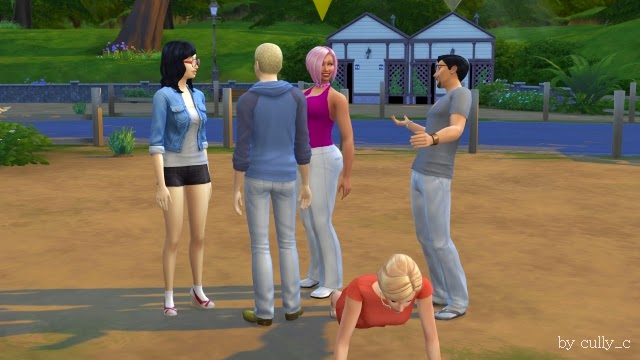 "Need to workout?  This seems the appropriate moment."


As I watched him walk away I realised that I hadn't got his number.  Great!  How was I meant to make this look casual?  Run after him, puffing and panting and just blurt it out?  I politely excused myself from my conversation and turned to go after him.  But where had he gone... 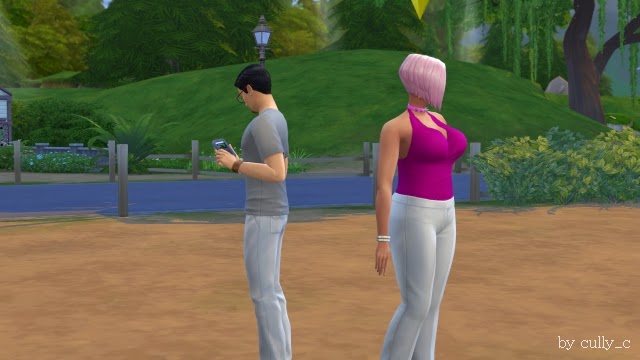 
I knew I had to find him before he reached the edge of the park.  Weird things happen in this place if you reach the edge of a place.  Move too far from the centre.  It's like our molecules are held together by some magnet in the centre of our current location and if we move to far away from the magnet... sluuuuurrppp... our molecules are sucked onto the next magnet where we reappear.  No one else seems to notice.  Or care.  But I do!  It cannot be healthy!

Luckily I spotted him in time.  He had stopped to look at his phone.  I wandered up.  He looked worried.  At least I think it was worried, to be honest his face hadn't changed at all.  I asked if everything was alright.  (Smooth)  He said all was fine. Now.  And smiled.  (Control the school girl giggle, control it!  Minor success.  Less smooth.)  I decided to just go for it.  I asked if he wanted to come back to my place for coffee.  What I was going to do when I got there I don't know...

I'd work it our later.

He surprised me by saying yes.  Now I was really panicking.  He said Yes!  I'm in way over my head here! 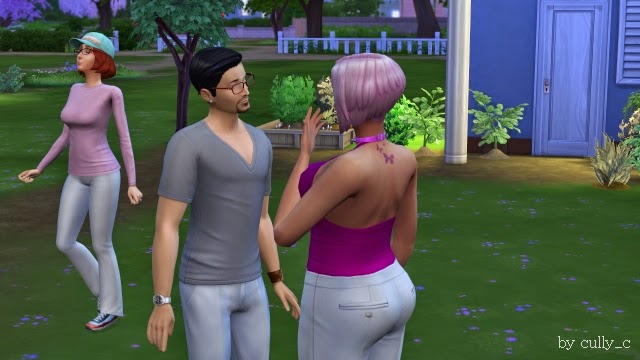 When we got back to my house, Tobias was out at work.  Eliza seemed to have gotten back before us and had apparently been waiting for over two hours for my return.  She was not impressed that she'd had to wait and then I bring back someone else.  She left.  I hope I haven't lost a friend, I think I still need them.


Pawl and I talked and talked in the garden  I was so glad I didn't still just have a bed under a tree and an 'Expose-Urself Shower-matic' in the flower bed.  I think it would have been harder to play it cool if I had.  He still never cracked a smile, not once.  Although I realised that he had varying levels of blank stare and one was decidedly more 'happy' than the rest.  I settled on this as his amused face.  It was like he was completely unsure of himself all of the time.  Like he didn't realise what a hunk he was... I'd soon sort that... 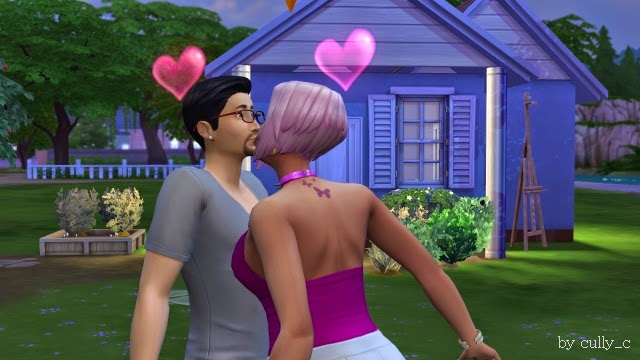 "And THAT is how sexy you are, you idiot!"


I couldn't believe what I had just done!  That is not like me, or is it like me?  I don't know!  He looked so startled, I suddenly had a real sinking feeling.  Oh no!  He didn't feel the same.  Or did he?  Damn his sexy, manly, expressionless face!  I'll admit at this point I freaked out a little and tried to make a smooth recovery, make it out to be a joke crossed with a friendly gesture crossed with actual flirting... 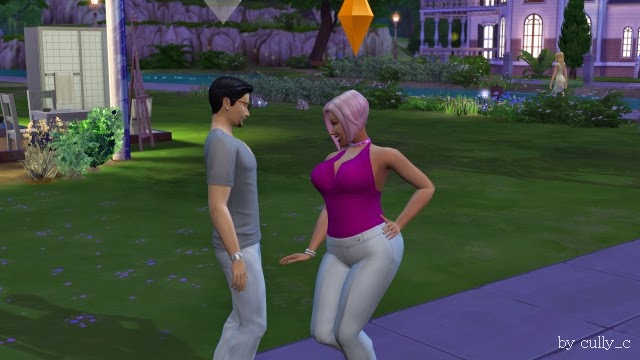 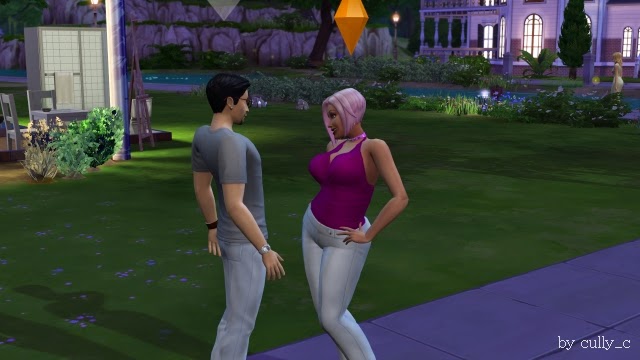 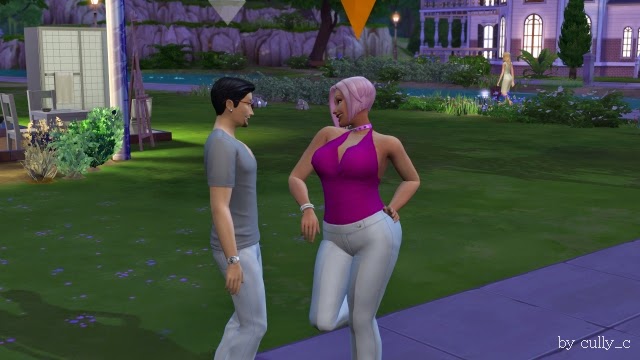 "Oh Lord, why won't I stop?  I'm embarrassing myself!"