The day after my trip to the BBQ social I was out in my garden when I was approached by a smartly dressed guy.  He seemed familiar but I just couldn't place him.  Trouble was, he seemed to know me.  He said how he had enjoyed our conversation the other day and was intrigued to learn more about my mission to make a million. 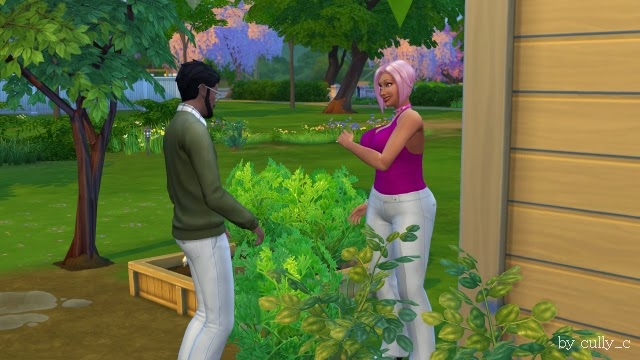 
He went on about the fact that he had a similar dream.  To make his fortune through good old fashioned hard work and that he admired someone, like me, who was doing the same.  It was refreshing he said.  I still hadn't the foggiest who this guy was.  I nodded along politely, I hoped my smile hide the crazy race in my brain as I tried to remember who he was. 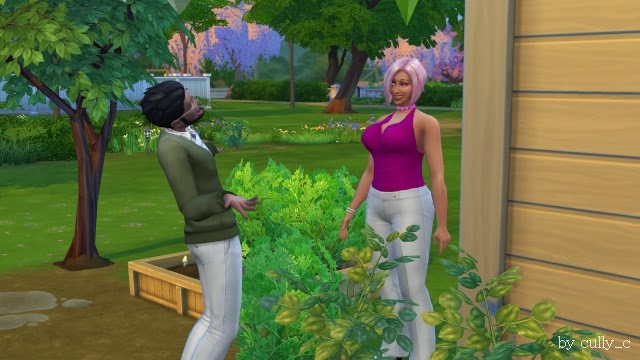 
At last he said something about how being an artist wasn't the best paid career in the world and about how hard it was to make ends meet.  And it clicked!  It was Hugh Ja.. Tobias!  From the cook out!  He looked so different without the hoodie.  It all suddenly made sense.  We chatted for a while and laughed about the cook out.  I asked if he knew the weird guy at our table.  He said he'd seen him before and he was a bit strange but harmless.  I told him I had been a little creeped out by the whole neck sniffing and waving.  Tobias just laughed and said he was always like that.  Glad I dodged that bullet then. 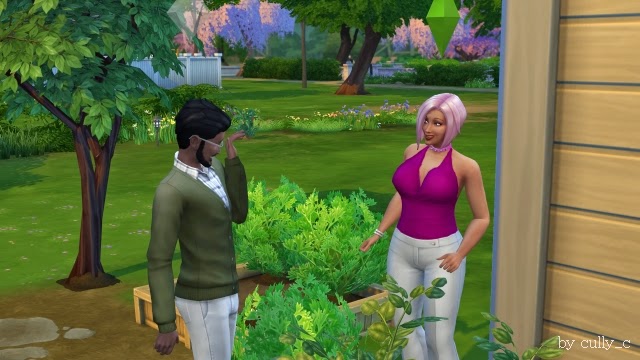 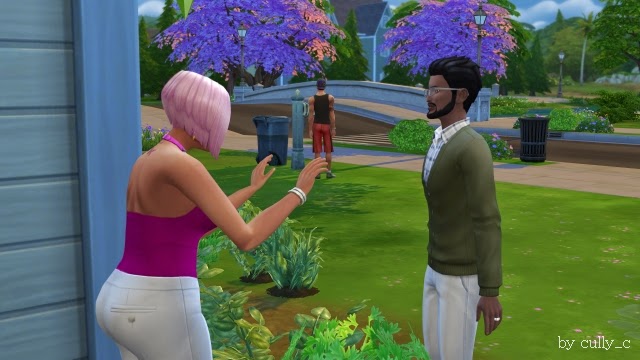 If he moved in with me we could make a million together.  I put my idea to him.  I'm making an million.  You're making a million.  That's two million. BUT if we lived together and worked on the same million that's like only 500,000 each.  That's like a quarter of the work!  We'd be half way finished in no time... or something. 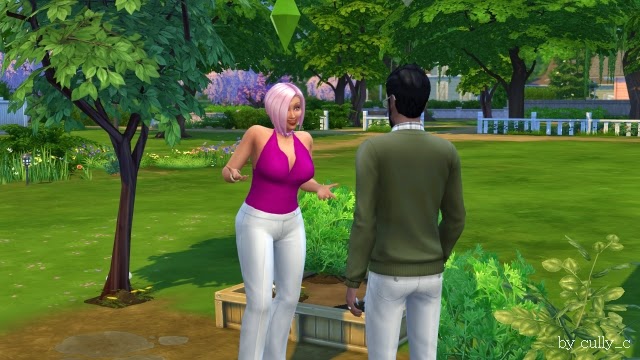 
After my wonderful breakdown of the possible finance situation I wasn't sure how this practical stranger would take to being offered the opportunity to move in with a crazy woman.  He took it great!  He loved the idea and soon he was on the phone organising the delivery of his stuff. 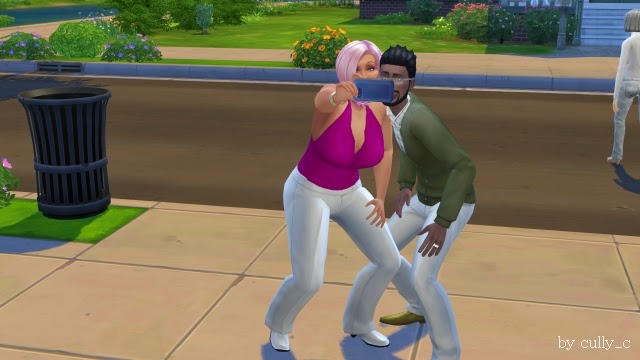 
Tobias didn't have much stuff.  In fact, he had no stuff at all.  But he did bring S20,000!  Kaching!  I immediately spent some of it improving the house.  This guy may seem nice but I am not peeing in front of him.  No way!  And the less said about showering, the better!  So a separate bathroom was a must.  We did however share a bedroom.  I said bedROOM not bed.  We'll have no funny business thank you.  We are here to make moolah not oo-la-la! 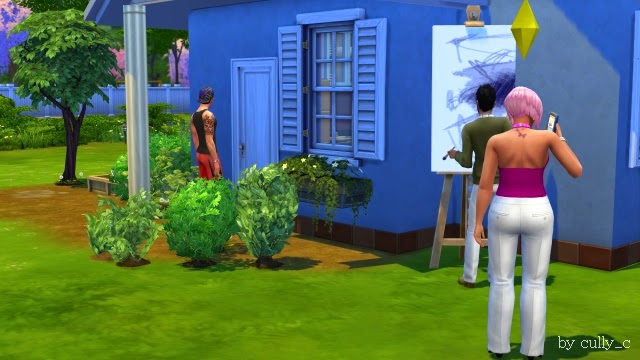 "Don came by the new house.  He knew something was different..." 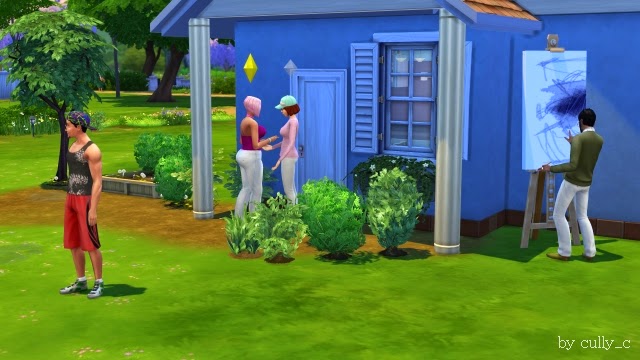 
I called a couple of friends.  (That's right, I now have enough friends to choose which ones to call!  Get me.)  I chose Eliza and Summer and told them I had big news and to get their tiny asses over here.  Although, I wasn't gifting them with many brains if I thought that they wouldn't notice, the minute they mysteriously materialised on the front lawn, that the house had doubled in size.  But Hey, without a "Move That Bus!" moment there was no hiding this one!  Eliza tried to look interested as I revealed the big news about the house they had already seen.  Summer, bless her, played along, at least I hope she did, I'm beginning to think it may be that she just isn't that bright.. 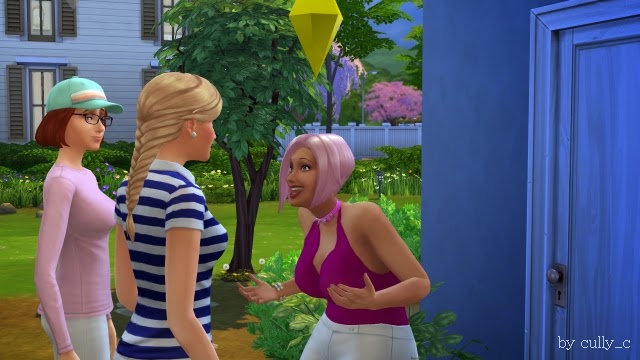 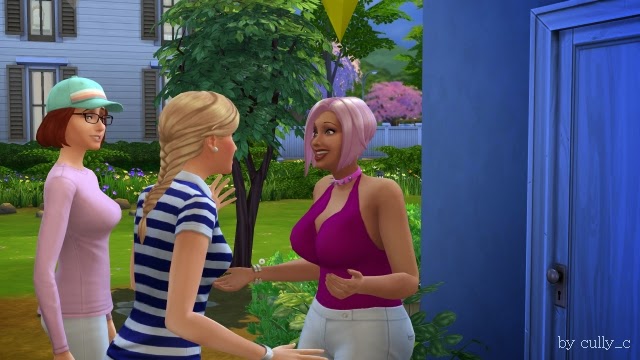 "I made my house bigger with some random guy's money!" 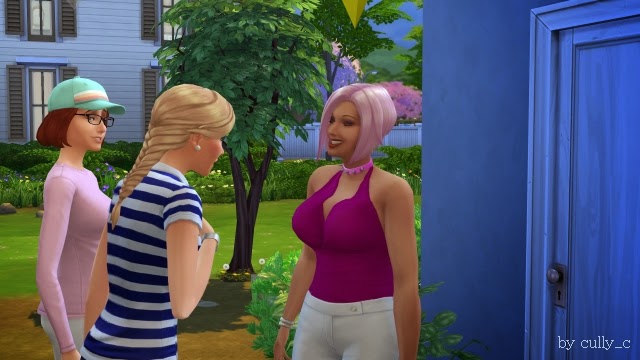 I invited them in to sit at my kitchen table.  That's right.  I own a table.  And a couple of chairs.  Oh how the wealthy live!  I can only imagine what wonders I will be able to purchase next.  A stove?  A sofa?  Wallpaper?  I can only dream. 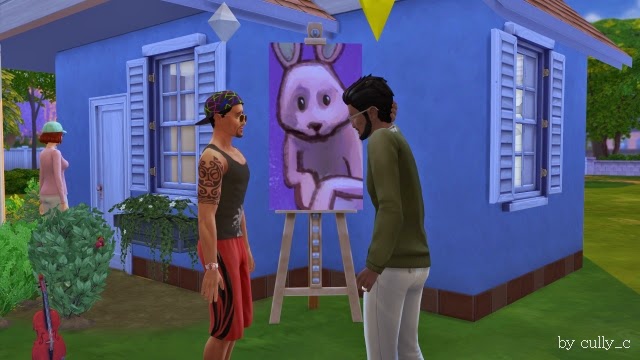 Don gave up on the "Spot the difference" puzzle and asked Tobias.
"Ermm... the house is bigger, dude."
Posted by Rosie at 21:24