Chapter 69 - My Word You People Are Pigs! 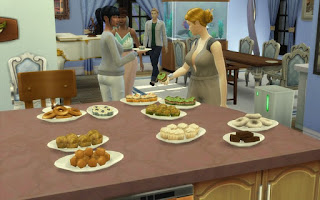 After two solid days of baking Katrina ran out of counter space for her creations and was left with the problem of what to do with everything.

Her original plan was to just put it all in the fridge and let the family (or nature) take it's course but in the end she settled upon a much grander gesture. 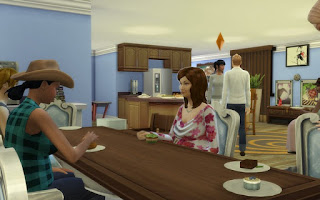 She invited everyone we knew and told them to wear baggy trousers.

The guests duely arrived and were so overwhelmed by the scale of the cake based fallout in our kitchen that they completely failed to eat anything. 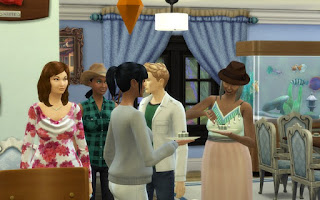 Katrina had to chase them around with trays of cookies and continually call them to try her baps and munch her muffins.

After their initial shyness the sugar rush kicked in and soon everyone was scoffing down sweet treats with gay abandon and there were many compliments about her skills in mixing, baking and icing flourishes.  I didn't fail to notice that Katrina never once mentioned the CupCake 2.0. 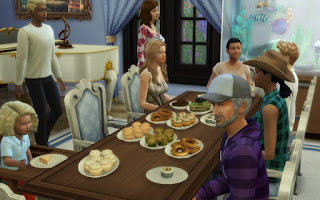 The party was a huge success and we were just beginning to consider throwing these people out on thier ear when some guy in a hat said that people would pay to eat these cakes.

A couple of other people agreed and soon the talk had turned to how this could become a reality.  A member of the group mentioned that there was an old resturant for sale just over the road from our house (how we had never seen this before i'll never know) and that Katrina should buy it and do it up.

I wasn't sure about this but Katrina appeared mesmerised by the idea and quickly started asking people exactly what they would want from the resturant.

Pretty soon she had something that resembled a business plan and a purposeful glint in her eye.  I think I see a large chunk of our funds disappearing into this venture..

..will this family ever make a million!