"This is Simon Simmian reporting for Simming Around the Clock."

"Well, it's over folks, it's all over.  The quest for those surprisingly easy to come by eggs is over.  For those of you not fortunate enough to find them all, what was wrong with you?  We were practically tripping over them!"

"But seriously, for those of you not fortunate enough to see what this whole thing was all about let me sum it up for you in one photo.  Sent into us by long time listener first time contacter, Alex Burden.  Alex managed to find all the eggs in time and was presented with this giant spotty bunny."

"When asked for comment about her winnings Alex said;


After the let down with the stuffed rabbit prize for the mystery eggs Alex became even more determined to find the woman in the park that could explain what the whole thing was about.  She became somewhat obsessed with it.  She hung out at the park for hours on end, hoping to find this mystery woman.

Finally the day came when she spotted a well dressed woman watering the plants in the community garden.  This had to be her.  Unless the council was forking out for designer gear for their employees.  There was only one way to find out. 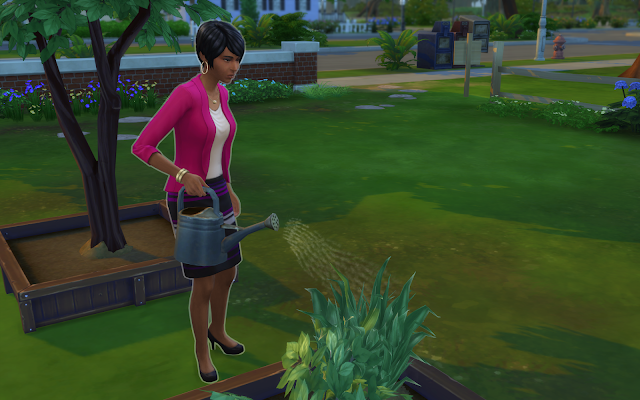 Alex accosted her and ask just what was going on with the whole egg thing.

"What's going on with the whole egg thing?" she said.


The woman explained that the eggs were nothing to do with her although she did seem to know a lot about them.  She said she was more interested in gardening and was looking for Sims who would be willing to help her out.

The woman explained that she needed 20 grow fruits by the setting of the blue moon sun and those who could provide her with that many would be richly rewarded.  She said those who were interested would be given a seed to grow and some fertiliser to help.  When they had enough grow fruit they should bring them back to the park, turn around three times and say her name backwards.


News of the growfruit challenge spread up and down the street and many came to try and catch a glimpse of the tree as it grew in our garden.  Some people even came by and took over the care of our roses so that Alex could focus all her time on the new tree. 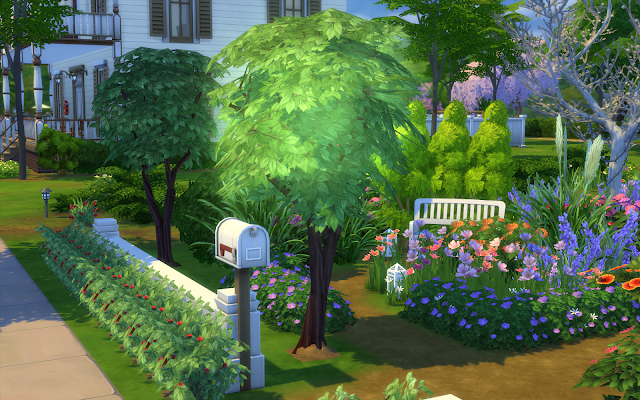 Soon the tree was in full fruit and after several days of harvesting Alex had enough to take them back to the woman in that park.

She stood in the park clutching her fruit.  She couldn't see the woman anywhere.  Then she remembered what she had been told to do.  She slowly turned around three times and said the woman's name backwards.

Suddenly the woman was there.   Alex asked why she needed to do the turning round and round thing.

"Why do I need to do the turning round and round thing?" she said.

Jasmine said that she didn't but she had been getting bored with explaining the growfruit challenge that she had begun wondering just how far she could push the commanding.

Alex handed over the growfruits.

Jasmine seemed shocked to see them.

She waited for her reward but Jasmine looked at her...